Home > Back to Search Results > The Revolutionary War... A map of Cambridge...
Click image to enlarge 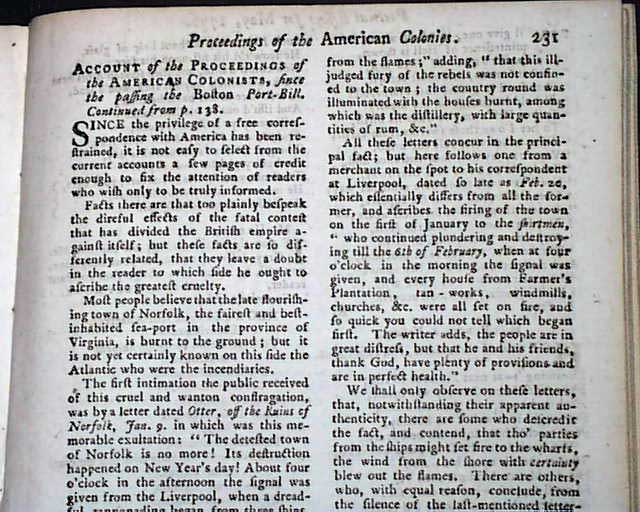 The Revolutionary War... A map of Cambridge...

Articles include a continued: "Debate on the second Reading of the Bill for Prohibiting all Intercourse with the Colonies in Rebellion" & "Account of the Proceedings of the American Colonists Since the Passing of the Boston Port Bill" includes some good talk on the British evacuating Boston, mentioning that: "...Long Island...as the only spot in America for carrying on the war with effect against the rebels, is certainly worthy of notice.." including some description of Long Island, mentioning that "...Suffolk Co. (has) all good & loyal subjects...", plus some other items.
This issue also includes a very nice foldout map of Cambridge, England, as it was in the 16th century, measuring 8 1/ by 10 inches, and is in great condition.
Complete in 48 pages, 5 by 8 inches, full title/contents page, great condition.