Home > The first successful magazine in the country...
Click image to enlarge 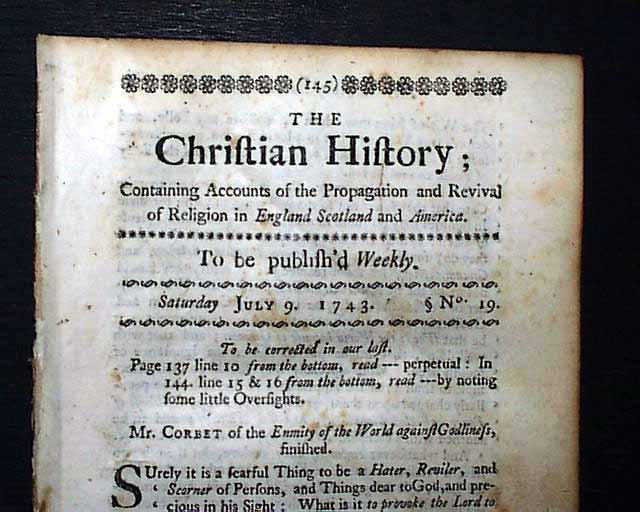 
THE CHRISTIAN HISTORY, Boston, July 9, 1743 This was the first successful magazine in America although formatted unlike typical magazines. It was exclusively a chronicle of the Great Awakening in America, exclusively of secular news reports. It was preceded by just a few magazines which lasted but a couple of issues--one of which was by Ben Franklin. Even this title lasted but a few short years.
As the subtitle reads: "Containing Accounts of the Propagation & Revival of Religion in Great Britain & America", this 8 page magazine is almost entirely taken up with religious content from the "Great Awakening" period in American history. In great condition, measures 4 3/4 by 8 inches. A rare opportunity for an American periodical from such an early year.