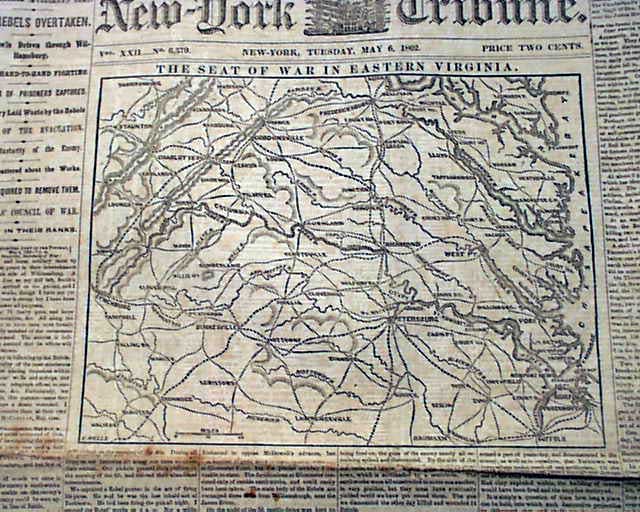 
NEW YORK TRIBUNE, May 6, 1862  The front page is dominated by a large Civil War map headed: "The Seat Of War In Eastern Virginia".
There are also first column heads on the Civil War including: "From General McClellan's Army" "THE REBELS OVERTAKEN" "The Rebels Driven Through Williamsburg" "Savage Hand-to-Hand Fighting" "Shocking Barbarity of the Enemy" and more.
Plus, the back page has two more Civil War maps headed: "The Battle of Camden, North Carolina" and "Fort Macon and Vicinity".
Eight pages, never bound nor trimmed, minor foxing at the fold, good condition.