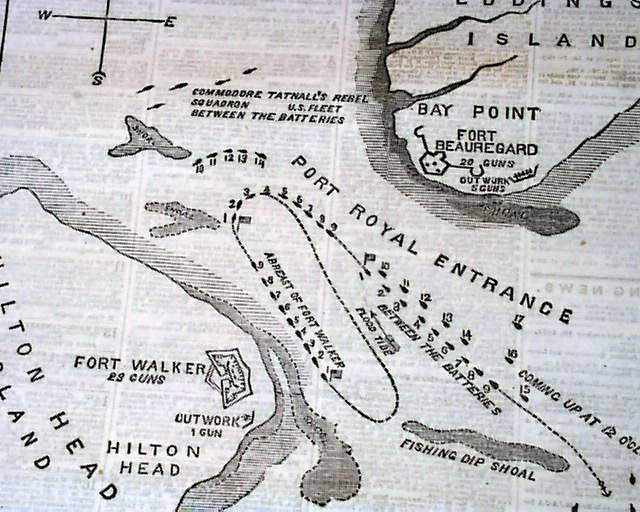 The front page has a large map titled: "THE NAVAL VICTORY AT PORT ROYAL" and another map on page 8 is titled: "STRATEGIC MOVEMENTS IN TENNESSEE".
Among the one column headlines on the Civil War are: "OUR FORCES AT PORT ROYAL" "The Official Order and Plan of Battle" "The Last Attempt to Surprise Wilson's Zouves" and more.
Eight pages, very nice condition.