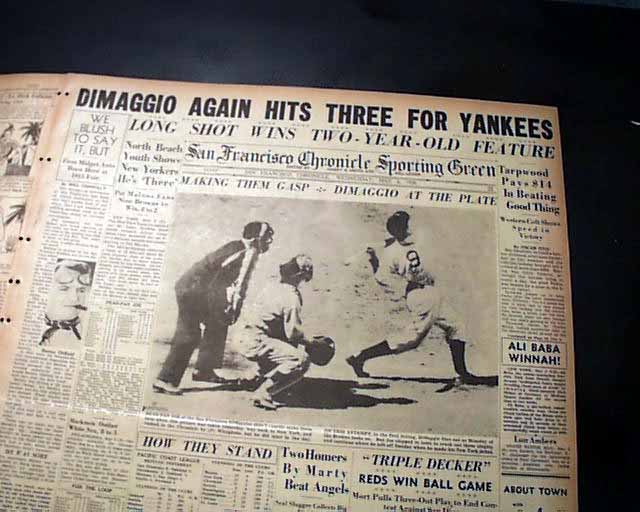 The front page of the sport's section (page 25) has a nice banner headline: "DIMAGGIO AGAIN HITS THREE FOR YANKEES" with subheads that include: "North Beach Youth Shows New Yorkers He's 'There'" and box scores. Plus a nice photo of Joe DiMaggio at bat. This was DiMaggio's second game played in the majors.
Much is made of him having been a "Seal", formally a member of the San Francisco Seals of the Pacific Coast League, probably the reason for the nice headline here. Rare as such.
Complete with all 34 pages, light toning at the margins, small library stamp within the masthead, small address label on the front page, small binding holes along the spine, generally nice.