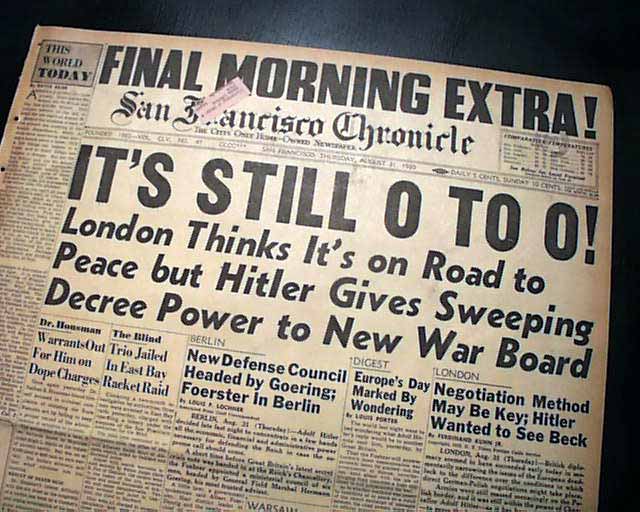 The front page has a nice headline: "IT'S STILL 0 TO 0; London Thinks It's on Road to Peace but Hitler Gives Sweeping Decree Power to New War Board" with subheads. (see) Germany would attack Poland the next day, starting World War II.
Complete with all 26 pages, light toning at the margins, small library stamp and label within the masthead, small binding holes along the spine, small archival mend along the bottom margin, generally nice.