Home > From the beginning months of World War I...
Click image to enlarge 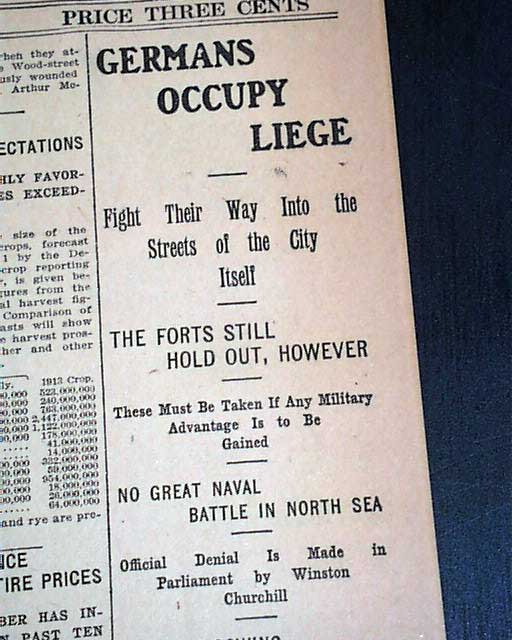 From the beginning months of World War I...


BOSTON EVENING TRANSCRIPT, Aug. 7, 1914  A nice issue from the very earliest month of World War I, long before American became involved.
Among column heads on the front page: "GERMANS OCCUPY LIEGE" "Fight Their Way Into the Streets of the City Itself" "The Forts Still Hold Out, However" "These Must be Taken If Any Military Advantage is to Be Gained" "Germany Sowing Mines Broadcast" "Great Britain Makes A Strong Protest" and even more.
Twelve pages, small binding holes at the blank spine, very nice condition.