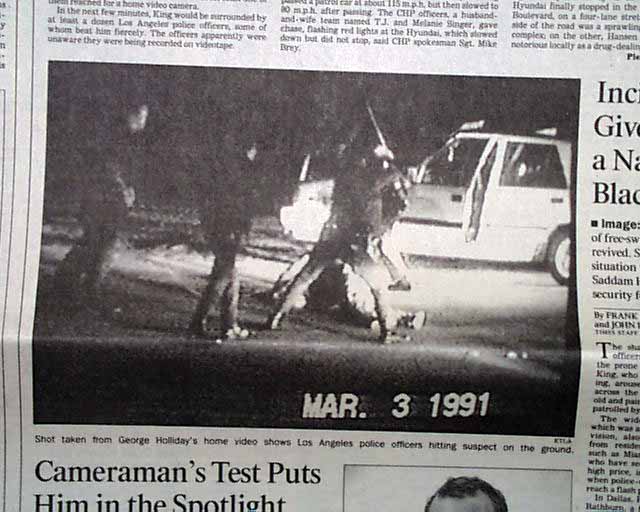 The bottom of front page has a three column heading: "Beating Victim Says He Obeyed Police". The article continues on an inside page. Additionally, the front page of the Metro Section (Part B) has the six column heading:  "Witnesses Depict Relentless Beating", with additional text as well. Both include photos. See images for details. Great to have coverage from the city where the incident occurred.
The newspaper has all pertinent sections, and is in nice condition.