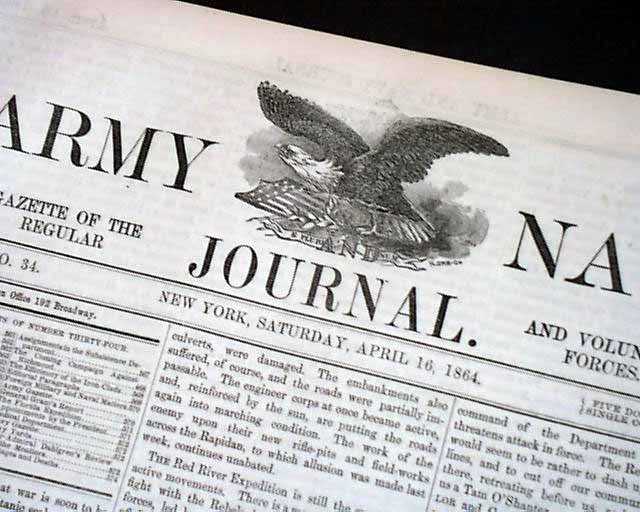 As noted in the masthead this was the: "Gazette of The Regular & Volunteer Forces" and as such is replete with military news of all sorts. The front page has a lengthy editorial examination of the war at this point, beginning: "It is now sufficiently evident that war is soon to be waged in Virginia again on a Titanic scale..." with much more. Other content within includes: "Guns and Iron-Clads" "What the Navy Wants" "Battles Between Officers" "The Military Topography of the United States" "The Coming Campaign Against Richmond" "The Efficiency of the Iron-Clads"
The most significant content is: "General Grant's Report - The Battles of Chattanooga, Lookout Mountain, and Missionary Ridge" which is a great account with much detail, taking 3 1/2 columns & includes 5 documents signed in type: U. S. Grant, and one by: Braxton Bragg (see for portions).
Sixteen pages, very nice condition.