Home > Back to Search Results > Patty Hearst and the SLA...
Click image to enlarge 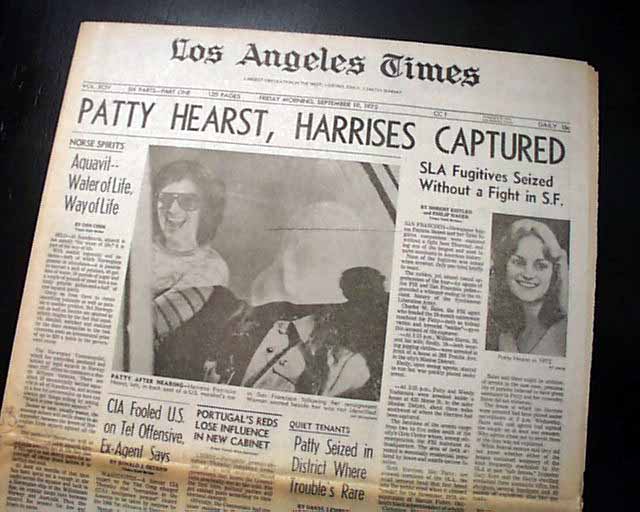 Patty Hearst and the SLA...

The headline announces: "PATTY HEARST, HARRISES CAPTURED" with a subhead: "SLA Fugitives Seized without a Fight in S.F." Patty Hearst was the granddaughter of publishing magnate William Randolph Hearst who in 1974 gained notoriety during the waning days of the counterculture era when she was kidnapped by, and later joined, the Symbionese Liberation Army. Apprehended after having taken part in a bank heist with other SLA members, Hearst was imprisoned for almost two years before her sentence was commuted by President Jimmy Carter.
There are two related front page photos. Great to have this report in a California newspaper.
The complete first section (of 6), toning at the central fold, good condition.