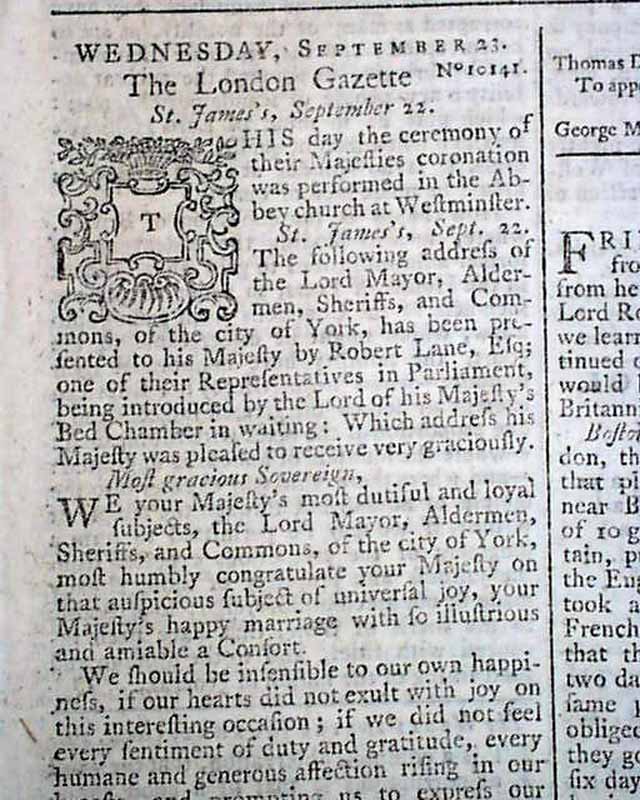 * George III of the United Kingdom

The ftpg. begins with the earliest report of the coronation of King George III of England we have found. In fact it was not until two issues later that this newspaper provided details of the ceremony.
It begins with a London dateline of Sept. 22 and notes: "This day the ceremony of their Majesties coronation was performed n the Abbey church at Westminster." This is followed by a letter of congratulations from the mayor & other politicians of the city of York.
Also, one-third of the ftpg. has news headed: "America" with datelines from New York and Boston.
The back page has a poem: "On the Coronation".
Eight pages, 8 by 11 inches, great condition. 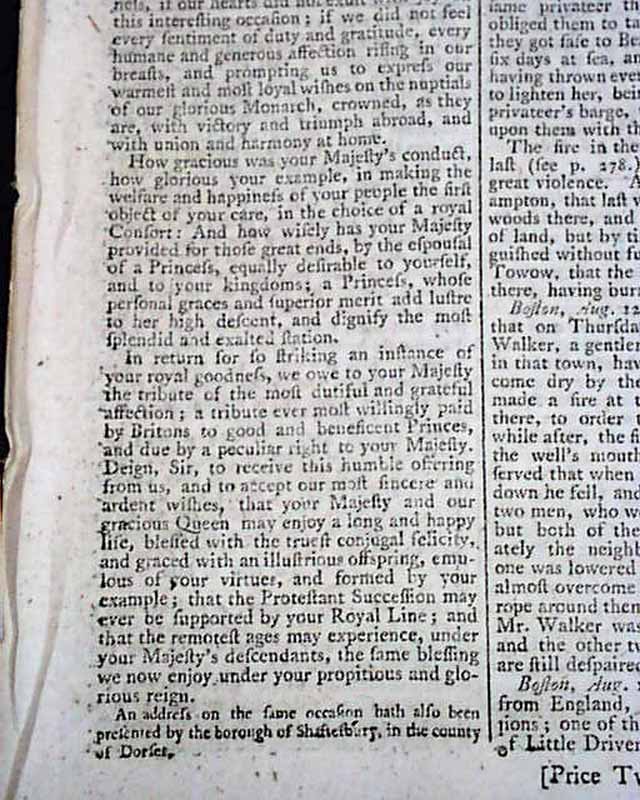 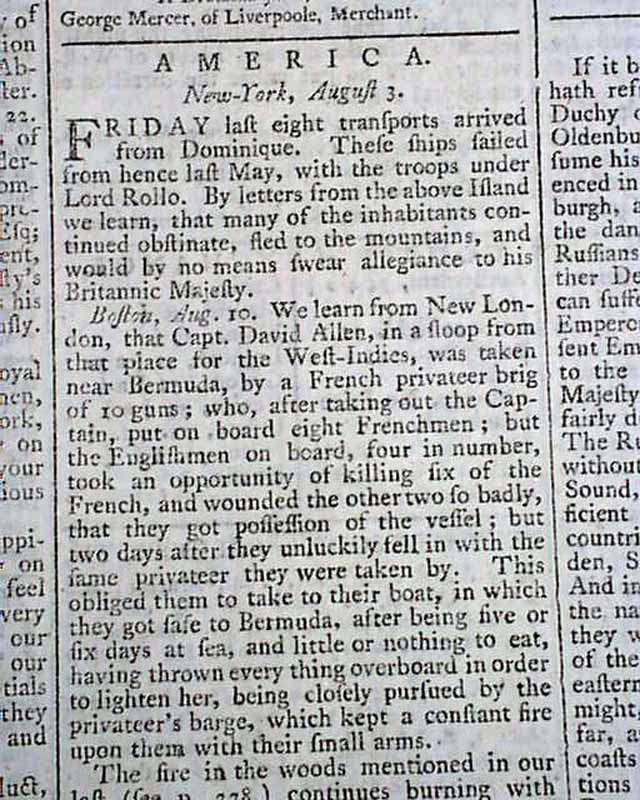 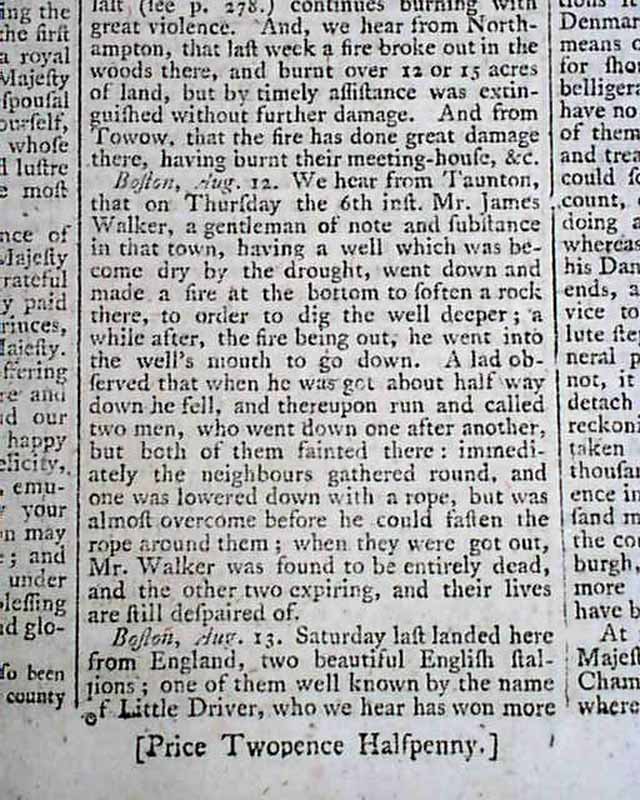 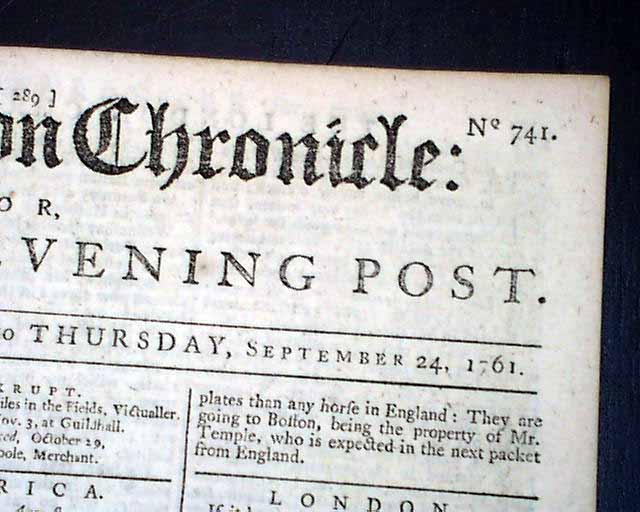 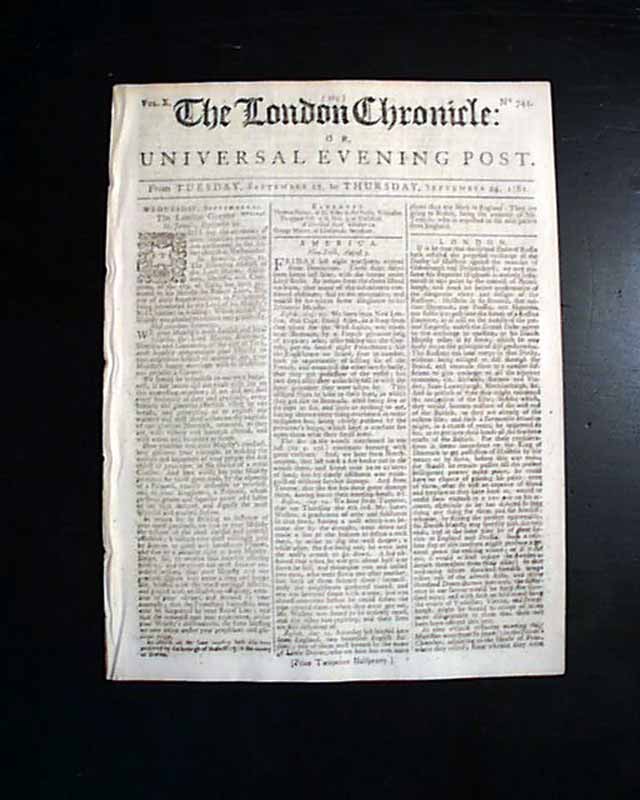 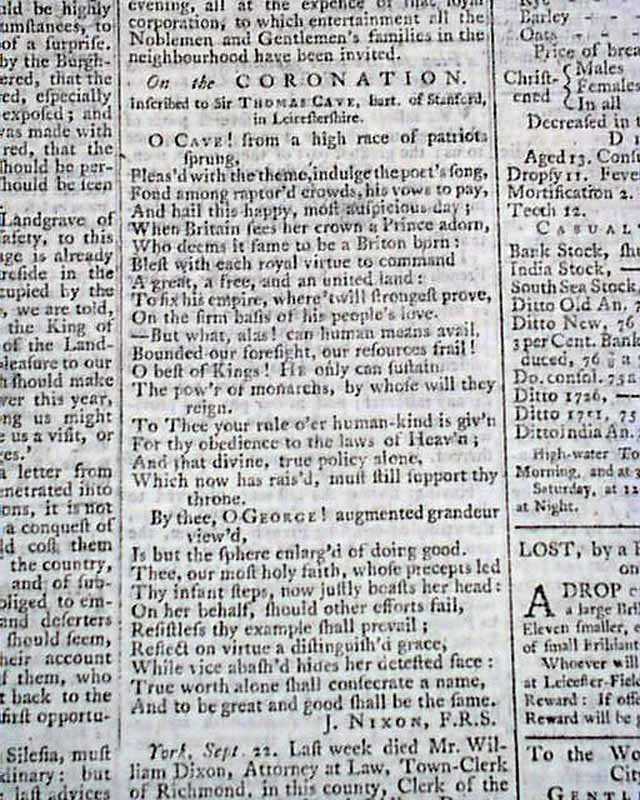