Home > Back to Search Results > The Fugitive Slave Act is approved by the Senate...
Click image to enlarge 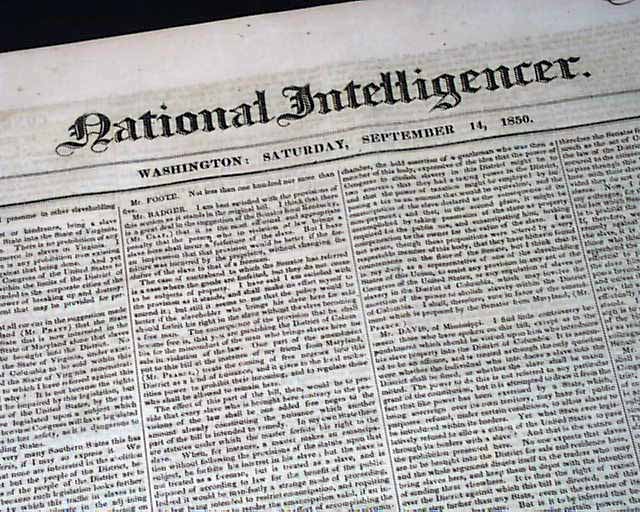 The Fugitive Slave Act is approved by the Senate...

Being the mouthpiece of the federal government it was typical that reports & documents emanating from Congress would appear in print first in this newspaper. Collectors always desire to have notable governmental reports in  newspapers from the nation's capital.
Not surprisingly most of these 2 issues are taken up with verbatim debates in the Senate. Among the lengthy reports are: "Debate In The Senate - Slave Trade in the District of Columbia", and then: "Fugitive Slave Bill" and: "Act The Fifth" regarding the Fugitive Slave Act (see).
The Sept. 17 issue has continued debate on the slave trade in the District of Columbia and includes the actual text of the Bill.
Debate text continues in the issue of the 19th which also has the passing of the Bill by the Senate (see).
Notable reports to have in this venerable Washington, D.C. newspaper.
Each issue is complete in four pages, very nice, clean condition.