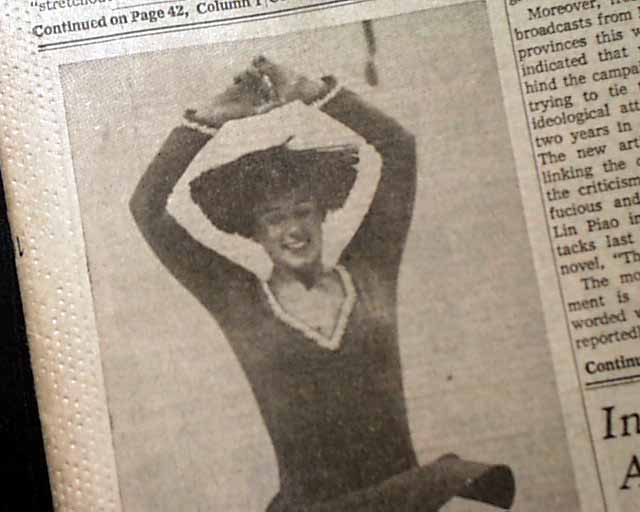 The front page has a two column photo of Dorothy Hamill in action with caption: "Triumph At Innsbruck"

Other news, sports and advertisements of the day including front page reporting on the Patty Hearst kidnapping case with photo.. Complete in a 44 pages, never bound, nice condition.