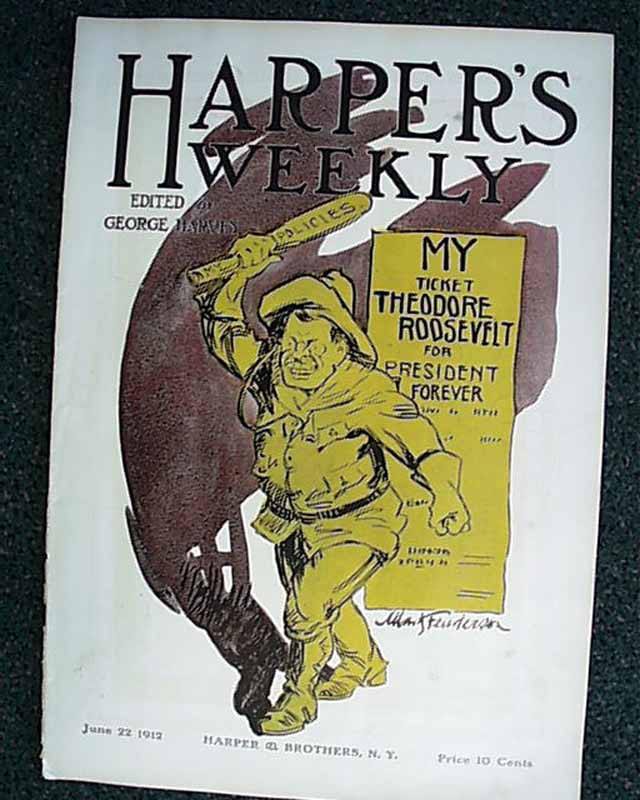 This issue features the hard to find color cover of Teddy Roosevelt: "MY TICKET THEODORE ROOSEVELT FOR PRESIDENT FOREVER...". The front page of this issue is an illustration of "'Let the Republican Party Come to Order!'--Elihu Root" by C. J. Budd, which shows Teddy Roosevelt in the foreground, with portraits of both George Washington and Abraham Lincoln in the background.
The inside has an illustration called "After the Circus" by Kemble, and the double page centerfold has an illustration of a map of the United States: "The Democratic Line-up at Baltimore." Additional images with corresponding text are found throughout, along with advertisements of the day.
Complete in 16 pages, and in average or better condition.