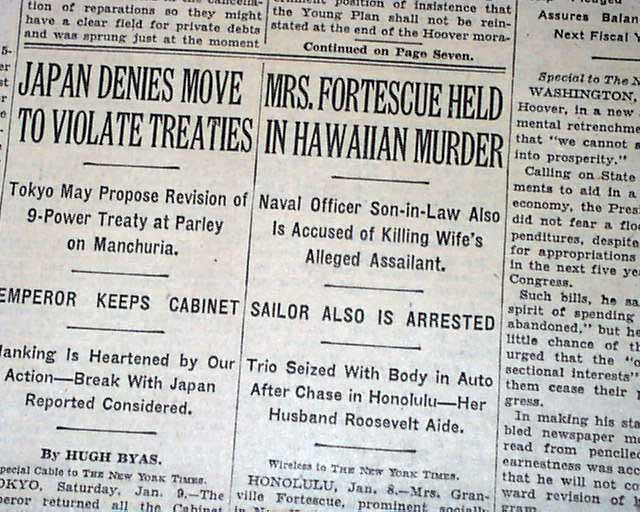 The front page has a one column heading: "MRS. FORTESCUE HELD IN HAWAIIAN MURDER" with subheads. (see) First report coverage on the arrest of Grace Fortescue for the murder of Joseph Kahahawai, a innocent man charged with the rape of her daughter, Thalia Massie.
Other news, sports and advertisements of the day. Complete with all 38 pages, light toning and minor wear at the margins, generally nice.