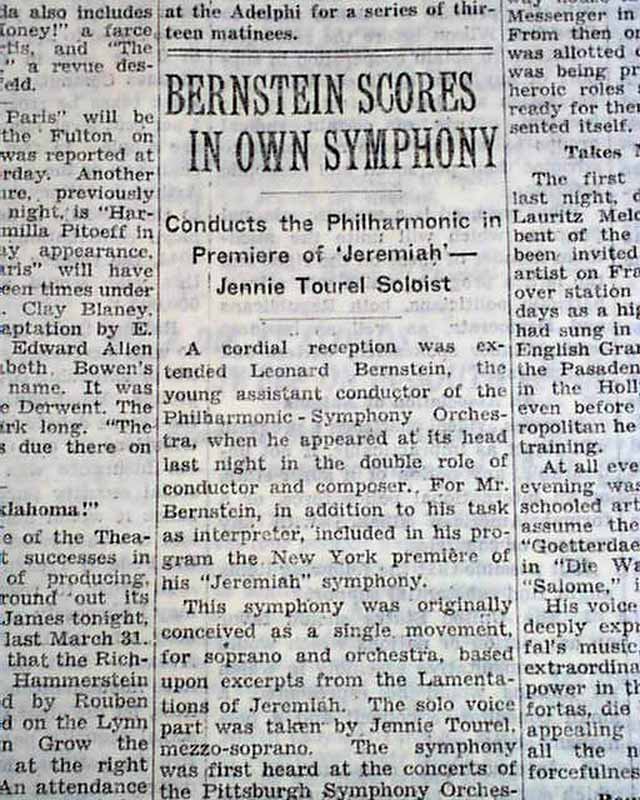 This 38 page newspaper has one column headings on page 19: "BERNSTEIN SCORES IN OWN SYMPHONY" and
"Conducts the Philharmonic in Premiere of 'Jeremiah'--Jennie Tourel Soloist". First report coverage on Leonard Bernstein's 1st symphony premiere at the New York Philharmonic. Great to have in this famed title.
Other news, sports and advertisements of the day throughout with much on World War II. Rag edition in nice condition.

wikipedia notes: Leonard Bernstein's Symphony No. 1 Jeremiah was composed in 1942. Jeremiah is a programmatic work, following the Biblical story of the prophet Jeremiah. It uses texts from the Book of Lamentations in the Hebrew Bible. The work won the New York Music Critics' Circle Award for the best American work of 1944. It was premiered in New York City on March 29, 1944 at Carnegie Hall, again with Tourel as soloist. 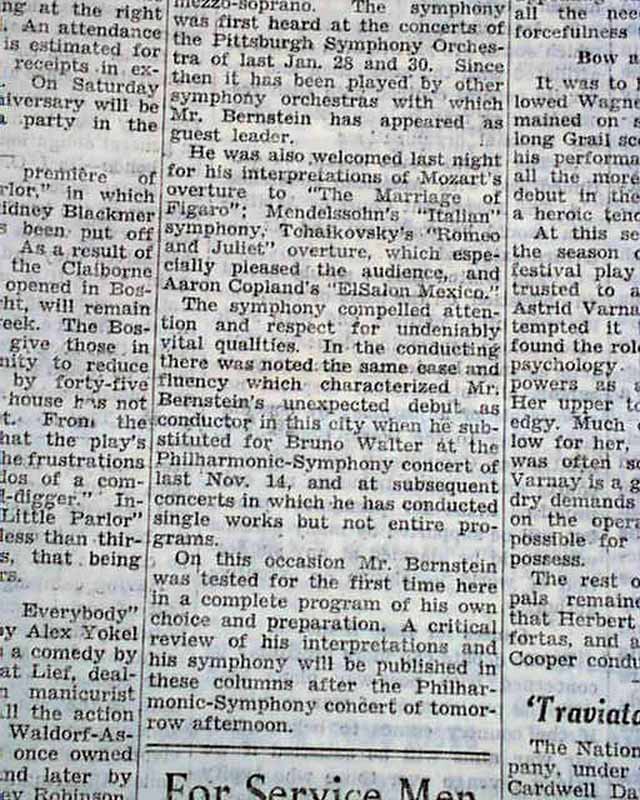 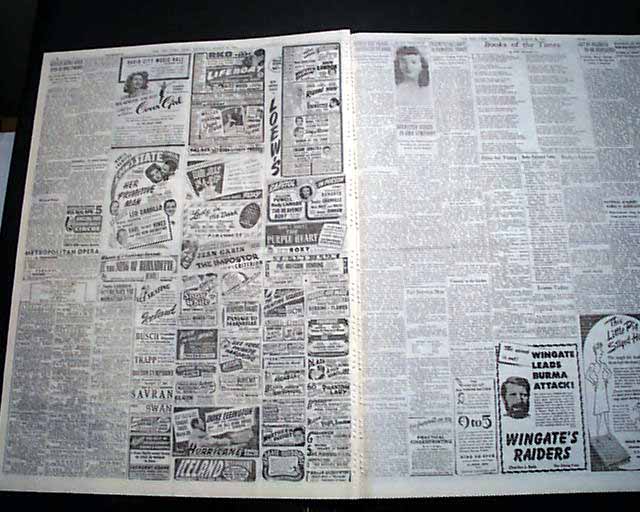 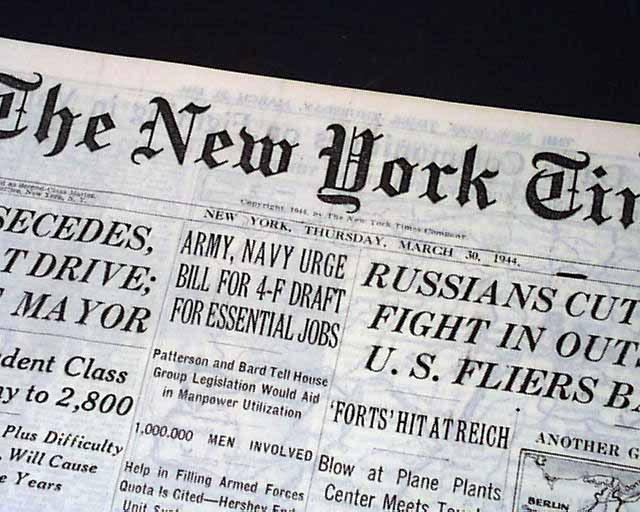 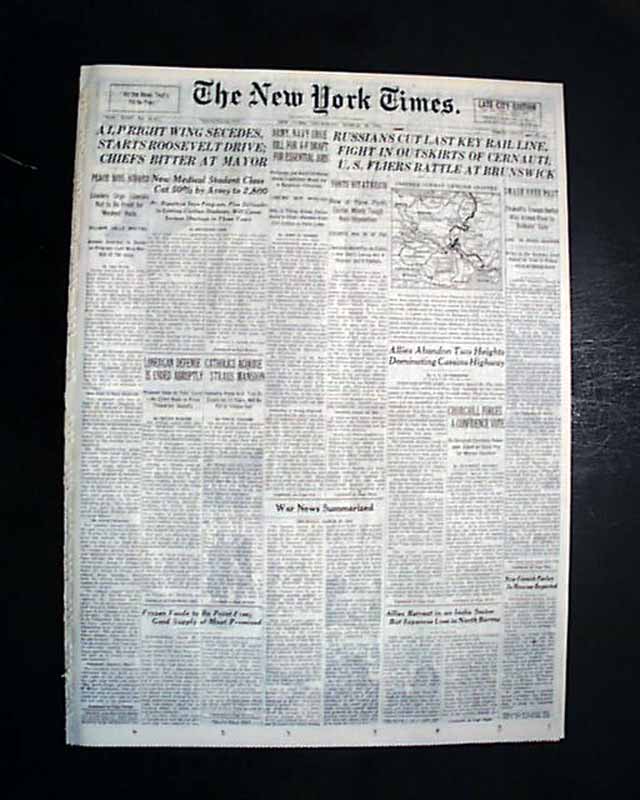