Home > A prediction of trouble in the American colonies...
Click image to enlarge 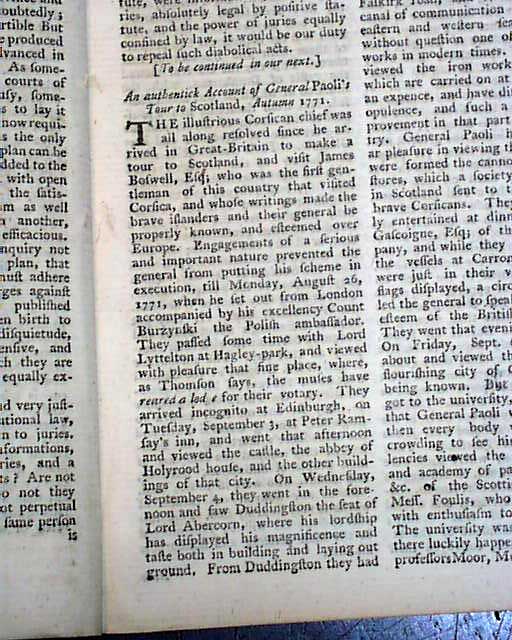 A prediction of trouble in the American colonies...


THE LONDON MAGAZINE, England, September, 1771  Formatted very much like the Gentleman's Magazine however much more scarce. The full title/contents page features a great & very detailed engraving of the skyline of London.
Among the articles are: "An Authentick Account of General Paoli's Tour to Scotland, Autumn, 1771" "An Essay on National Virtue" and so much more.
Near the back is "The Monthly Chronologer" with news reports including items headed: "America" which has reports from Williamsburg, Boston and New York, the latter noting: "...kind of internal war is carried on within the bounds of this province which, if not speedily checked, will have serious consequences to us & prove as dangerous as the Regulators of North Carolina...". An interesting & prophetic statement.
The plate called for is lacking.
Complete in 48 pages, 5 by 8 inches, great condition.