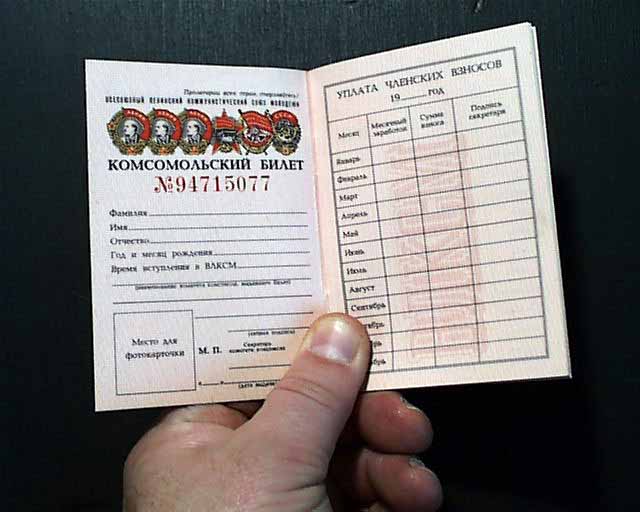 
A curious little booklet which is actually a "Komsomol", or a Soviet Union Young Communists League membership card, unused.

The photos below shows its content, having a cloth-based & sturdy red cover with a portrait of Lenin, the inside front cover including a specific membership number and space for a photo and name & address, with the remaining 13 pages being a blank form with various rows and columns (see).

This membership card measures just 3 by 4 inches and is in mint condition, never having been used.

A curious item from the former Soviet Union.

Court case for stealing a hog...