Home > Back to Search Results > Battle of Stalingrad ends with Nazis defeated...
Click image to enlarge 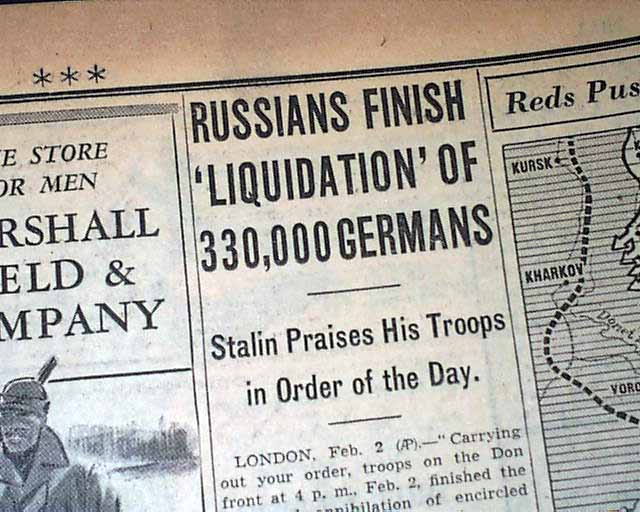 The top of page 4 has a one column heading: "RUSSIANS FINISH 'LIQUIDATION' OF 330,000 GERMANS" with subhead and related map. (see) First report coverage on the end of the Battle of Stalingrad which was considered the 1st major loss for the Nazis and a major turning point during World War II.
Other news, sports and advertisements of the day with much more on World War II. Complete with all 32 pages, some small biding holes and a little wear along the spine, small library stamp within masthead, generally nice.