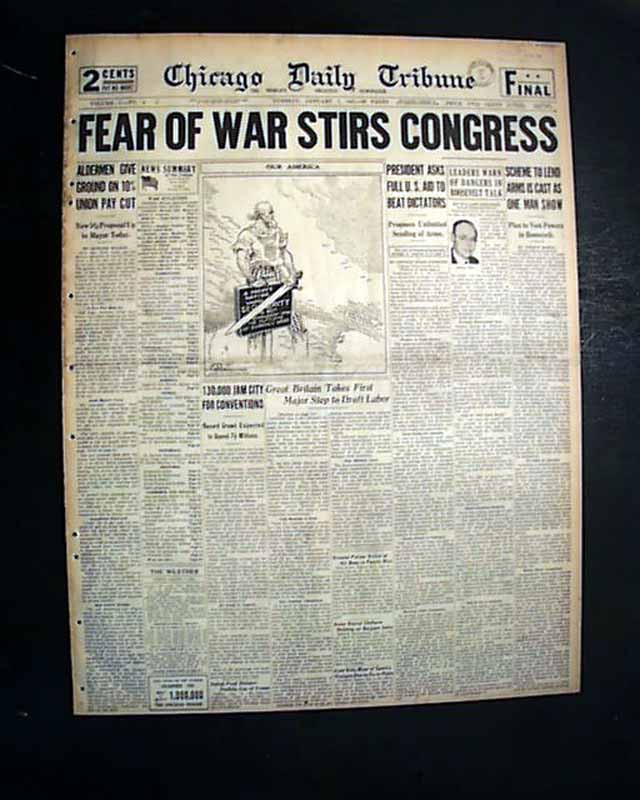 The front page has a great banner headline: "FEAR OF WAR STIRS CONGRESS" with subheads. (see) Nice for display. Complete text of Roosevelt's message in located on page 8. Related photo is on the back page. In his message he defines what he considered the four essential freedoms: freedom of speech and expression freedom of worship freedom from want and freedom from fear. Always nice to have notable events in history reported in this World famous publication.
Complete with all 30 pages, light toning at the margins, small library stamp within the masthead, small binding holes along the spine, generally nice.