Home > Back to Search Results > The 'Pretender' and his sons...
Click image to enlarge 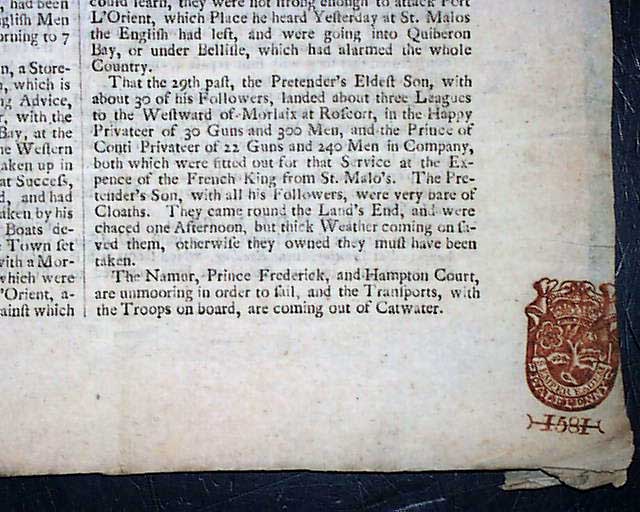 The 'Pretender' and his sons...


THE CALEDONIAN MERCURY, Edinburgh, Scotland, Oct. 20, 1746  The front page has; "...the Pretender's eldest son, with about 30 of his followers, landed about 3 leagues to the westward of Morlaix at Roscort...The Pretender's son, with all his followers, were very bare of cloaths...".
Page 3 has a report of indictments against several men for high treason for their involvement in the Jacobite Rebellion.
Inside pages also have reports from the on-going War of Austrian Succession.
Four pages, never-trimmed margins, 8 1/4 by 10 1/4 inches, dirtiness to the top quadrant of the front leaf, red tax stamp on the front page, good condition.