Home > Back to Search Results > Very early on the Mormons: "...those deluded beings..."
Click image to enlarge 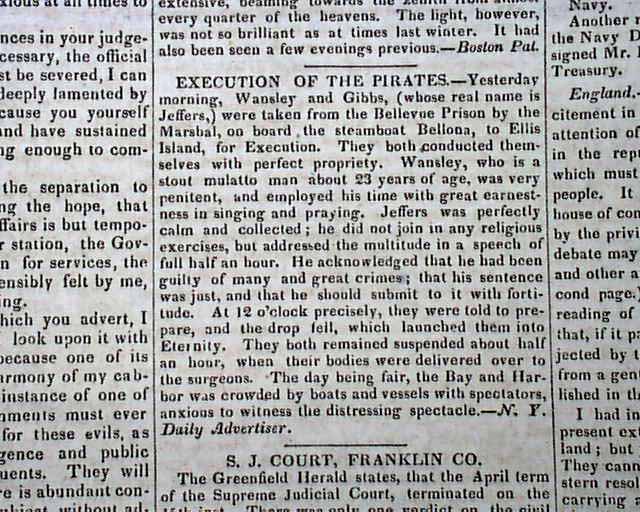 Very early on the Mormons: "...those deluded beings..."

* Among the earliest of reports to be had
* Near Kirtland, Ohio headquarters
* Mormons - Latter Day Saints movement

The earliest Mormon report we've found in a popular newspaper title is the July 16, 1831 issue of "Niles Weekly Register" which we are currently offering for $370.
This issue pre-dates that report by 2 1/2 months.
Page 3 has an interesting report headed: "The Mormon Delusion". Portions include: "...noticed...in your paper a brief account of a sect or gang, who in this vicinity are called Mormonites...resume there are not less than 5 or 600 of these deluded beings in the towns north and west of this...There are many who were once respectable and intelligent who are now following these wretched impostors--these pretended prophets. Joseph Smith, Jr., author of the new revelation, is now head man in the big family..." with much more.
Four pages, very nice condition.