Home > Back to Search Results > Best issue for a sewing machine collector...
Click image to enlarge 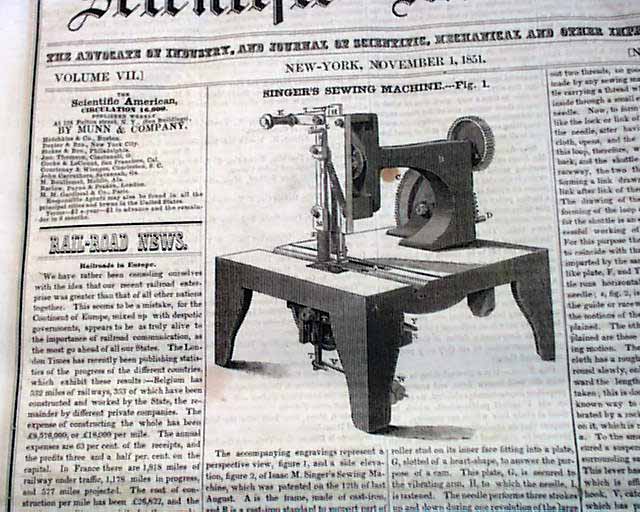 This is the best of all issues on the invention of the Singer sewing machine, as the front page has two illustrations headed: "Singer's Sewing Machine" plus very descriptive text on this new invention by Isaac Singer. There would become a patent war between Singer and Elias Howe, to be won by Singer in 1854.
This may well be the very first illustration of the Singer sewing machine.
The website "about.com" notes: "Sewing machines did not go into mass production until the 1850's, when Isaac Singer built the first commercially successful machine. Singer built the first sewing machine where the needle moved up and down rather than side-to-side and the needle was powered by a foot treadle."
Complete in 8 pages, good condition.