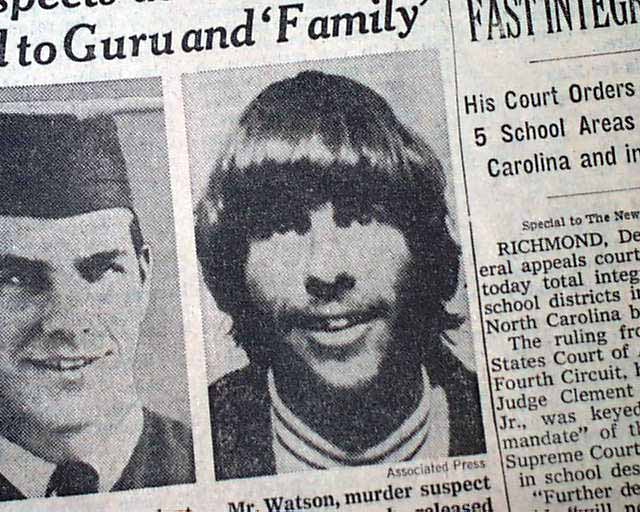 On the front page of section 2 (page 29) has a two column heading: "3 Suspects in Tate Case Tied to Guru and 'Family'," with related photos. Early reporting on the arrests regarding the infamous Hollywood area murders led by Charles Mansion.

Other news, sports and advertisements of the day throughout. Complete in 96 pages, minor margin wear, otherwise nice condition.