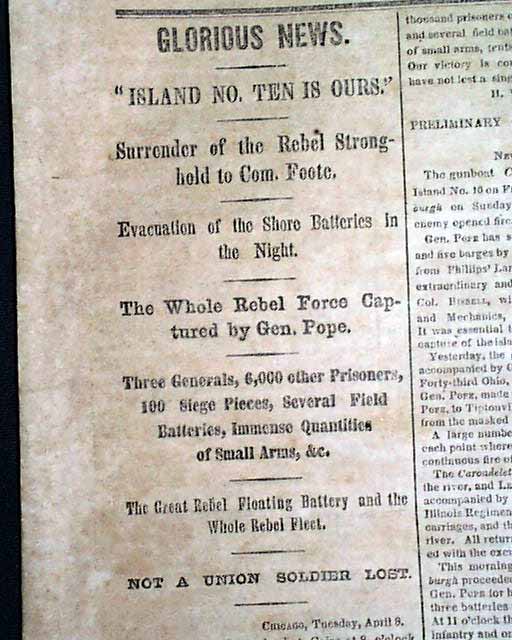 Among the front page column heads on the Civil War are: "MORE GLORIOUS NEWS" "A Great Battle Fought at Pittsburgh Landing, Tenn." "Victory Of The Union Forces" "The Hardest Battle Ever Fought on this Continent" "Beauregard & Johnston in Command of the Rebel Army" "Gen. Grant in Pursuit of the Flying Rebels" "Heavy Losses on Both Sides".
This was the Battle of Shiloh, in which the two days of battle on April 6 & 7 resulted in a total of 24,000 casualties.
Also on the ftpg: "Glorious News" "Island No. Ten Is Ours" "Surrender of the Rebel Stronghold to Com. Foote" & more.
Never bound nor trimmed, complete in 8 pages, foxing throughout, creases at the two folds, minimal margin wear.