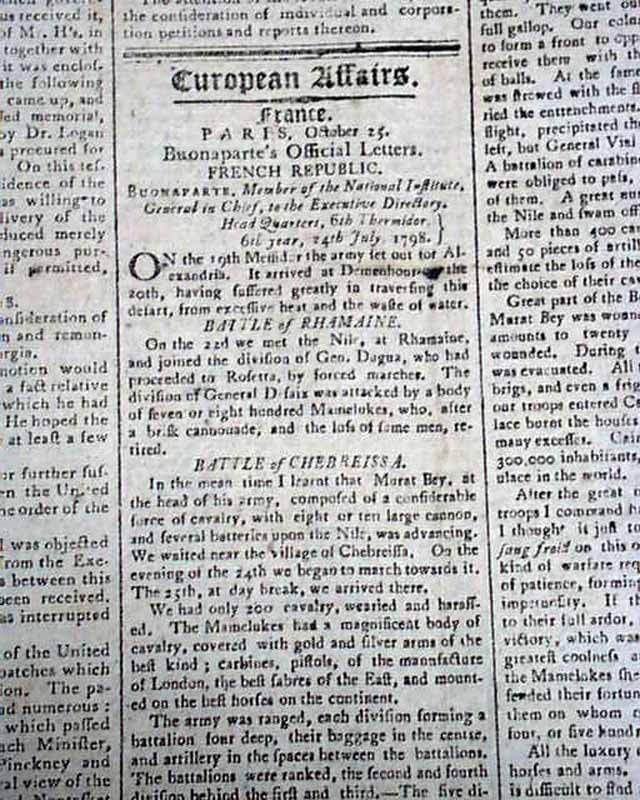 The bkpg. has most of a column taken up with a great & detailed article headed: 'Uniform For the Army of the United States" with the dress described for each of the various ranks beginning with the commander in chief. This article is signed in type by the Secretary of War: James M'Henry.
Page 2 has a lengthy report signed in type: Buonaparte, concerning his battles in Egypt. This if followed by yet another lengthy letter signed: Buonaparte, which datelines from "Head quarters, Cairo, Aug. 19".
Four pages, small wear hole at a fold juncture, some scattered foxing, good condition.