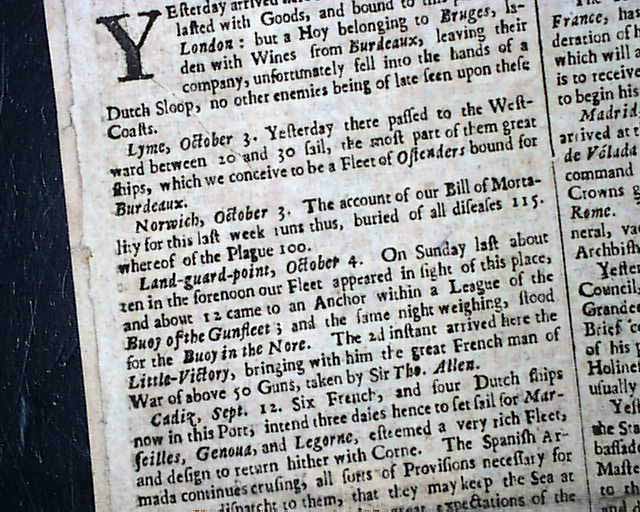 * Earliest of newspapers to be had
* The Great Plague deaths

The effects of the dreaded Plague are revealed in a brief front page report from Norwich stating: "The Account of our Bill of Mortality for this last week runs thus, buried of all diseases 115, whereof the Plague 100."
Page 2 has a report noting: "Monsieur Buat on Saturday the ninth instant received sentence to be beheaded, and was accordingly executed the eleventh following, upon a scaffold erected for him in the most publick place of the Town; attended by a strong guard of four companies of foot & four troops of horse, the better to prevent any disorders that might happen thereupon."
Complete as a single sheet newspaper, 6 1/2 by 10 3/4 inches, slight bit or toning at the central fold, generally nice condition.