Home > Back to Search Results > British sailors tear down an American flag...
Click image to enlarge 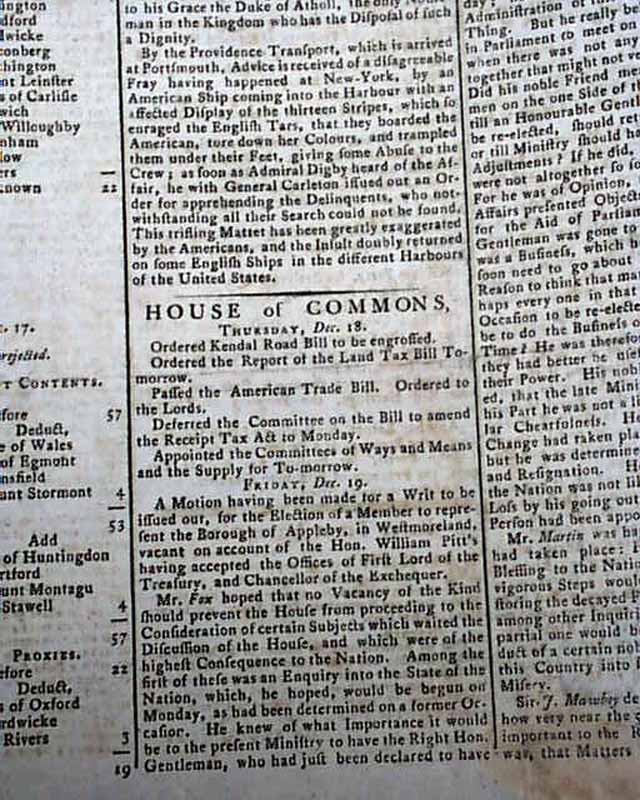 Page 2 has an item noting: "...of a disagreeable fray having happened at New York by an American ship coming into the harbour with an affected display of the thirteen stripes, which so enraged the English Tars [sailors] that they boarded the American, tore down her colours, and trampled them under their feet giving some abuse to the crew; as soon as Admiral Digby heard of the affair, he with General Carleton issued out an order for apprehending the delinquents...This trifling matter has been greatly exaggerated by the Americans, & the insult doubly returned on some English ships in the different harbours of the United States."
Page 3 has a bit concerning the price of labor in America noting: "..Labour is at this time no cheaper than it was fifty years ago, notwithstanding we have had a constant & great ingress of people...".
Four pages, archivally strengthened at the spine, good condition. Partial red tax stamp on the ftpg.