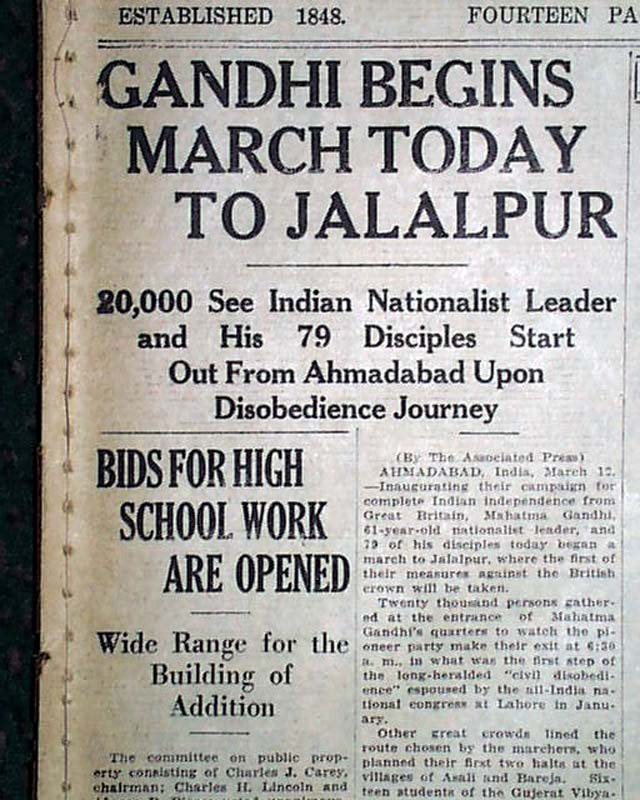 The front page has has a 3-line, 2-column heading: "GANDHI BEGINS MARCH TODAY TO JALALPUR," with subhead: "20,000 See Indian Nationalist Leader and His 79 Disciples Start Out From Ahmadabad Upon Disobedience Journey," which continues on page 13.
Other news, sports and advertisements of the day.
Complete in 14 pages, a little spine wear, but generally very nice.