Home > Back to Search Results > The day Abraham Lincoln was shot...
Click image to enlarge 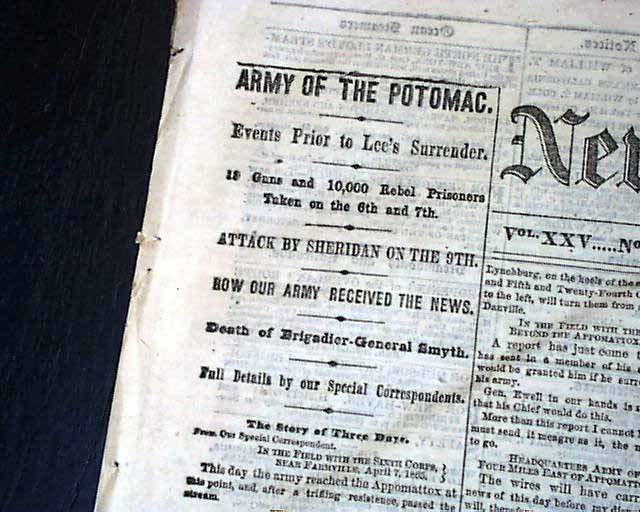 The day Abraham Lincoln was shot...

No one could have imagined the day this newspaper was read what would headline the next day's edition.
This was the day Lincoln was shot at Ford's Theater, but the ftpg. news on this day was about the closing moments of the Civil War, with ftpg. heads including: "Army of the Potomac" "Events Prior to Lee's Surrender" "Attack by Sheridan on the 9th" "How Our Army Received the News" and more.
The back page has fine column also including; "New Policy of the Administration" "Drafting & Recruiting in the Loyal States to Cease" "Highly Important From Richmond" & much more.
Eight pages, very nice condition.