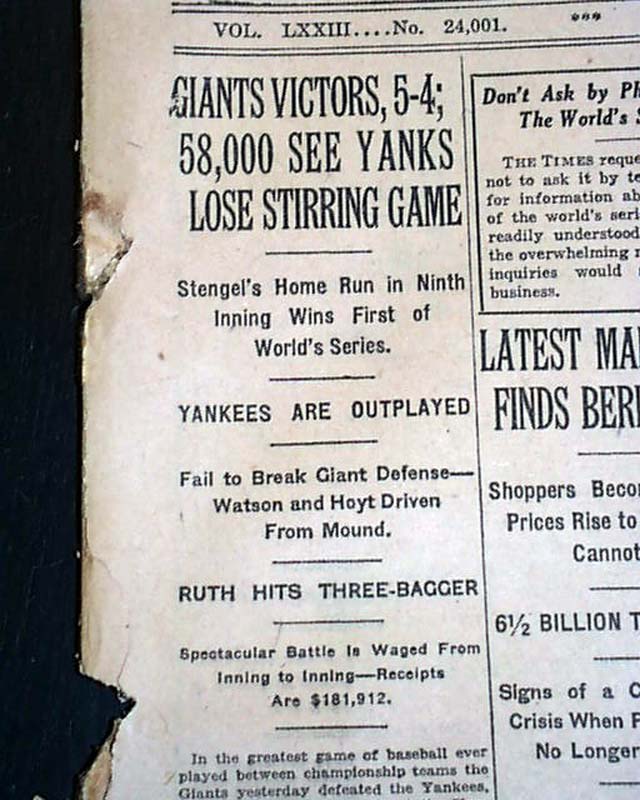 The top of the front page has a one column heading: "GIANTS VICTORS, 5-4; 58,000 SEE YANKS LOSE STIRRING GAME" with subheads. (see) More in the sport's section with box scores. This was to be the first year the Yankees became World Series champions. It was also their first year playing at Yankee Stadium, "The House That Ruth Built". Great to have in this famous NYC title.
Other news, sports and advertisements of the day. Complete with all 44 pages, a little spine wear, small tear along top margin, generally nice.