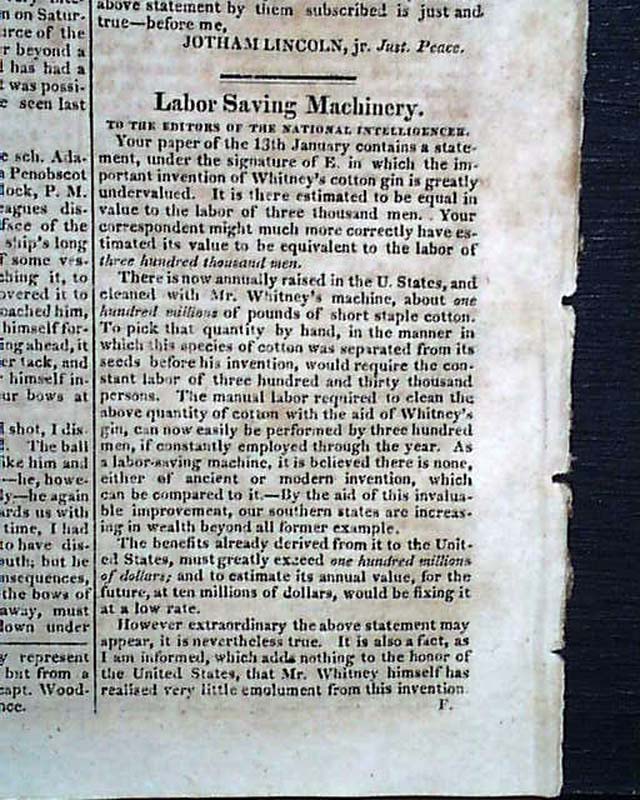 
NILES' WEEKLY REGISTER, Baltimore, Maryland, May 23, 1818  An extremely significant back page report is headed: "Labor Saving Machinery" includes: "There is now annually raised...with Mr. Whitney's machine, about one hundred millions of pounds of short staple cotton. To pick that quality by hand...before his invention would require the constant labor of 330,000 workers...". (see photos).
Eli Whitney's invention of the cotton gin revolutionized the cotton industry. Before his invention farming cotton required hundreds of man-hours to separate the cottonseed from the raw cotton fibers. His machine could generate up to fifty pounds of cleaned cotton daily, making cotton production profitable for the southern states.
Other items in this issue include: "Indian War" with a letter signed in type: Andrew Jackson; and "Irish Emigrant Societies" among other articles.
Sixteen pages, 6 by 9 1/2 inches, foxing, otherwise nice condition.