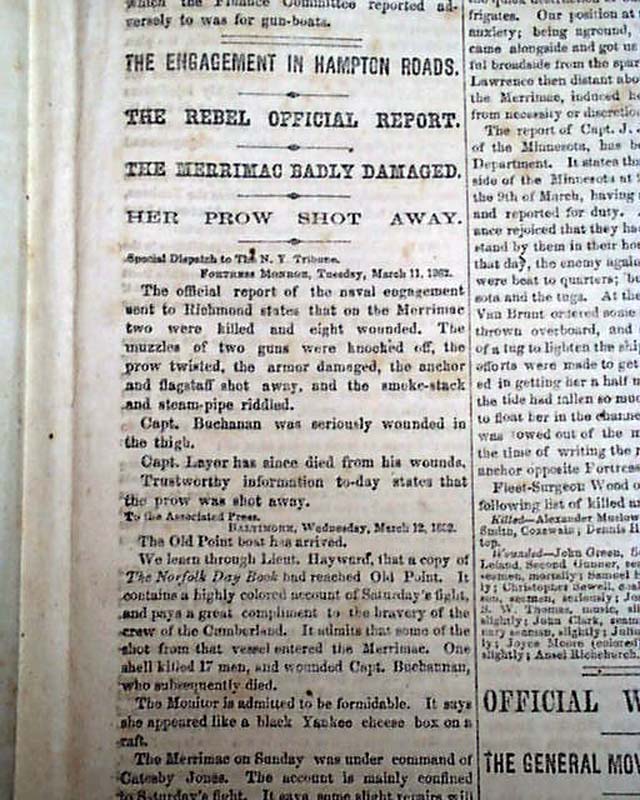 Page 5 has a report with heads: "The Engagement in Hampton Roads" "The Rebel Official Report' "The Merrimac Badly Damaged" "Her Prow Shot Away" with the entire detailed report taking over a full column. Plus, the back page has a nice diagram headed: "The Rebel Monster Merrimac" with descriptive text, as well as a map of the war headed: "Field Of Operations On The Potomac".
Pages 3 & 4 have many other reports on the Civil War including: "The Escape of the Rebel Army" "The Rebels Abandon Acquia Creek" "The Escape from Manassas" "The War For The Union" "Assistant Secretary Fox's Opinion of the Monitor" and much more.
Eight pages, never bound nor trimmed so it folds out to one large sheet, minimal wear at the fold, nice condition.