Home > Back to Search Results > Congratulations on the Treaty of Utrecht...
Click image to enlarge 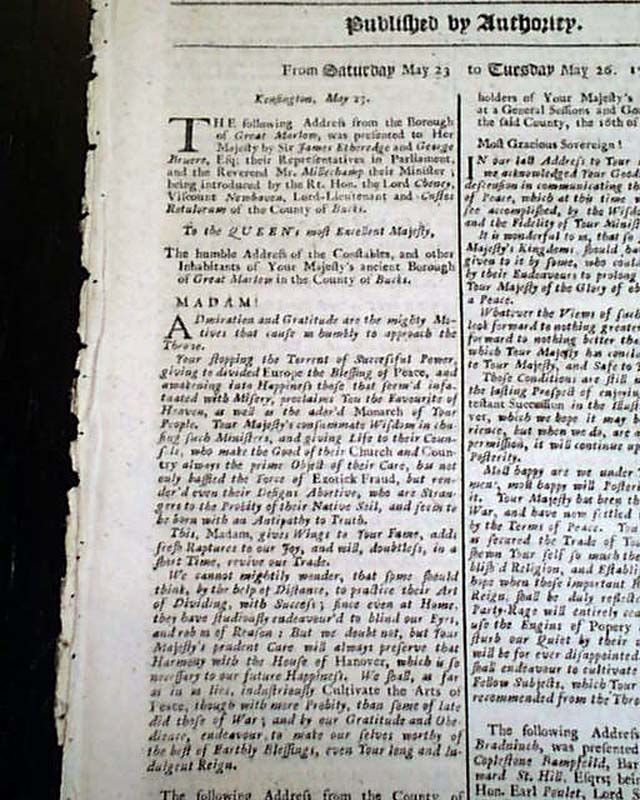 Congratulations on the Treaty of Utrecht...

* re. Peace of Utrecht - treaty
* War of the Spanish Succession

Four of the six pages are taken up with various letters of congratulations to Queen Anne for the settlement of the Treaty of Utrecht. This was an historic agreement among various European powers, with France being the common party within the various agreements, concluded April 11,1713 at Utrecht in the Netherlands. It is part of the series of treaties which ended the War of the Spanish Succession.
British historian G. M. Trevelyan argues: "That Treaty, which ushered in the stable and characteristic period of eighteenth-century civilization, marked the end of danger to Europe from the old French monarchy, and it marked a change of no less significance to the world at large, — the maritime, commercial and financial supremacy of Great Britain."
Six pages, a bit irregular at the spine, nice condition.