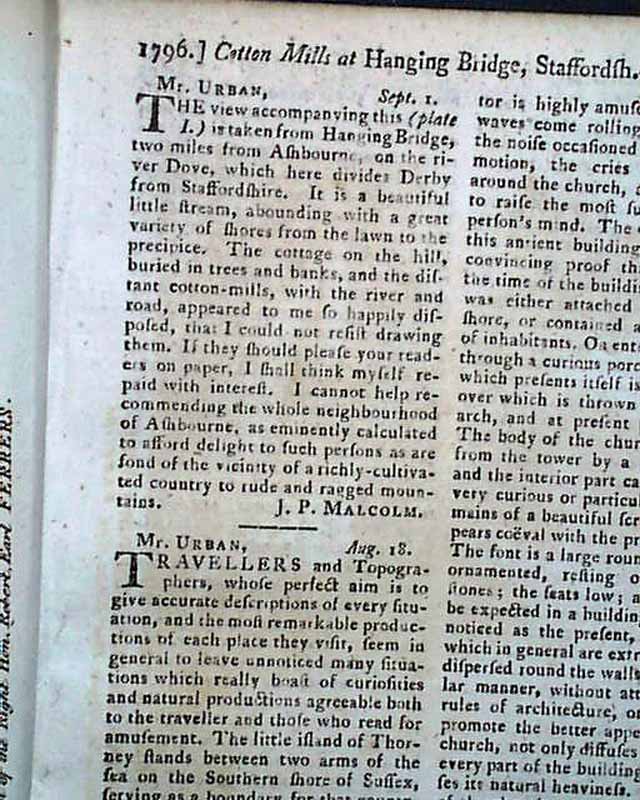 Item # 653295 THE GENTLEMAN'S MAGAZINE, London, September, 1796
Under "Review of New Publications" is: "Observations on Mr. Paine's Pamphlet, entitled, 'The Decline and Fall of the English System of Finance'..." (see). Further on is a letter signed: Horatio Nelson headed: "Vessels of War & Transports Taken by the Squadron under the command of Commodore Horatio Nelson, May 31"
Both plates called for are present, one of which is a very nice view of: "Cotton Mills at Hanging Bridge, Staffordshire" with a related article.
Complete in 88 pages, full title/contents page with an engraving of St. John's Gate, 5 1/2 by 8 1/4 inches, nice condition.