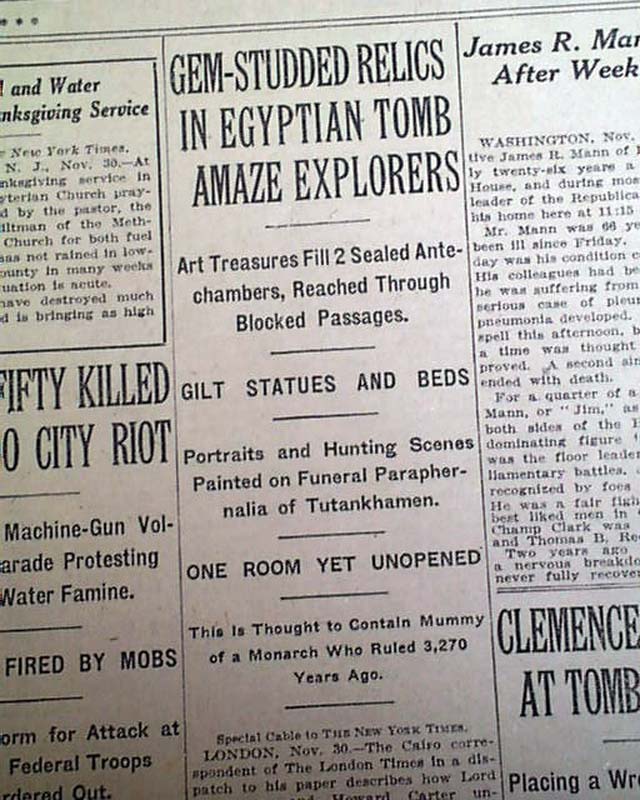 A very significant report heads one of the front pages columns: "GEM-STUDDED RELICS IN EGYPTIAN TOMB AMAZE EXPLORERS" with subheads: "Art Treasures Fill 2 Sealed Antechambers, Reached Through Blocked Passages" "Gilt Statues And Beds" "Portraits and Hunting Scenes Painted on Funeral Paraphernalia of Tutankhamen" "One Room Yet Unopened" This is Thought to Contain Mummy of a Monarch Who Ruled 3,270 Years Ago".
This was the historic discovery of King Tut's tomb by British archaeologist Howard Carter. The article takes three-quarters of a ftpg. column and concludes on page 2. It would not be for another three months before the room containing the mummy of King Tut would be opened, sparking another flurry of international attention.
Complete in 36 pages, irregular at the spine from disbinding, otherwise even toning and in nice condition.