Home > Back to Search Results > Letter from Lincoln to General Fremont...
Click image to enlarge 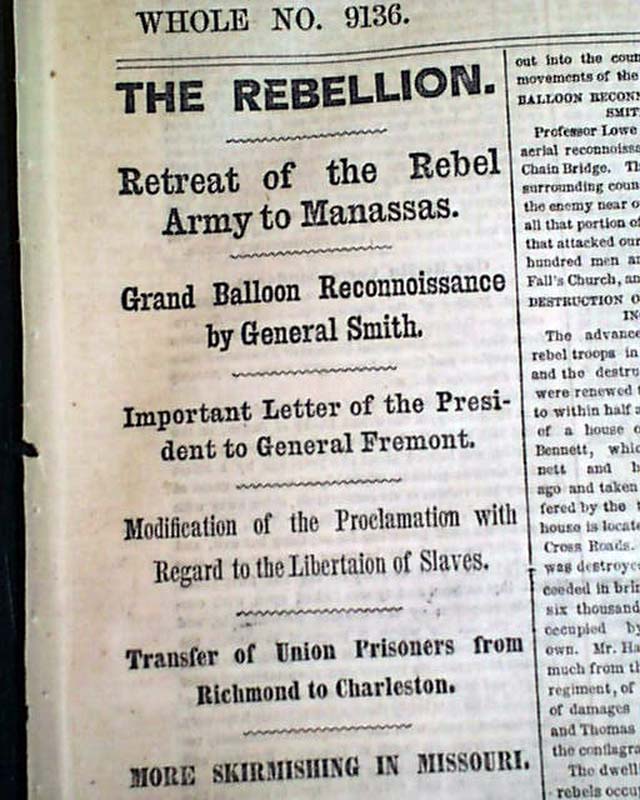 Letter from Lincoln to General Fremont...


THE NEW YORK HERALD, Sept. 15, 1861  Front page heads at the top of the first column from the early days of the Civil War: "The Rebellion" "Retreat of the Rebel Army to Manassas" "Grand Balloon Reconnoissance by General Smith" "Important Letter of the President to General Fremont" "Modification of the Proclamation with Regard to the Liberation of the Slaves" "Transfer of Union Prisoners from Richmond to Charleston" "More Skirmishing In Missouri" & more.
The letter from President Lincoln orders a change in a proclamation issued by Fremont concerning the confiscation of property and the liberation of slaves. The letter is signed in type: A. Lincoln (see).
Eight pages, nice condition.