Home > Back to Search Results > On John Paul Jones... Reflections on the Revolutionary War...
Click image to enlarge 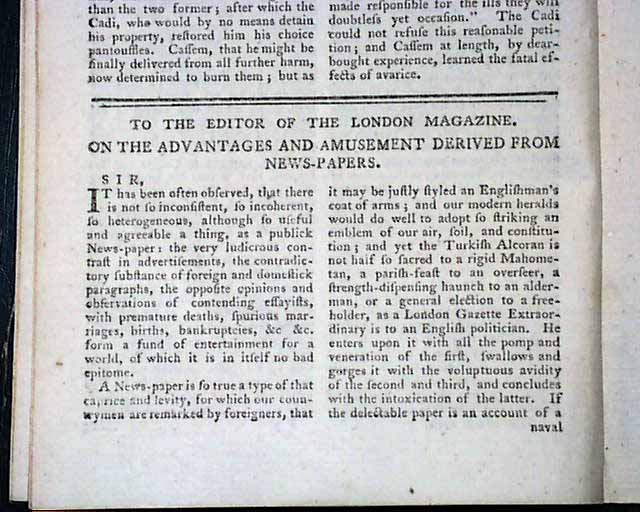 On John Paul Jones... Reflections on the Revolutionary War...

Just for all of us is an article: "On The Advantages & Amusement Derived from Newspapers" which takes nearly 2 pages. Also a great article on the famous naval hero John Paul Jones: "Anecdotes Of Paul Jones" .
There are several pages of "Parliamentary History" which includes discussion on the Revolutionary War. One bit includes: "...The people of America...had never thought of independence in the beginning of the contest; they were driven to it by haughty treatment & arbitrary measures...There they had indeed insisted on the exclusive right to tax themselves..." with more.
Near the back is: "American Affairs" with news from the Pennsylvania Gazette & includes mention of the French sending: "...a powerful naval & land force to some part of the continent of North America...". Also a letter signed by Thomas Paine, then a clerk to the Penna. General Assembly.
Included is the foldout plate: "South East View of Gloucester Lodge in Windsor Great Park" which has a n archival repair to the reverse, a small ink stain, and various creases & folds. The other plate called for is lacking.
Complete in 48 pages, 5 by 8 inches, very nice condition. 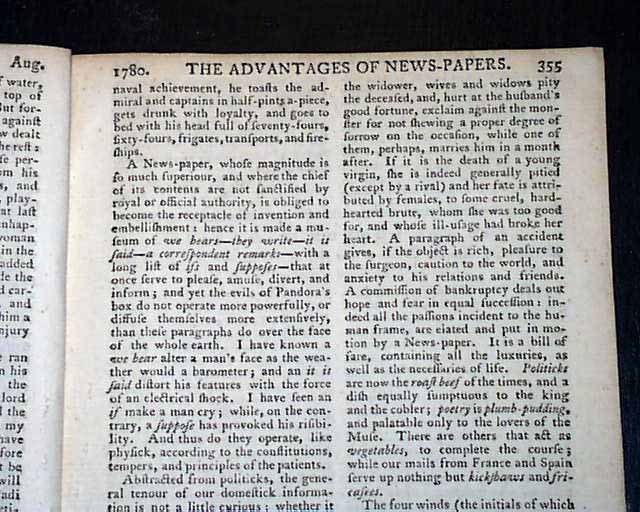 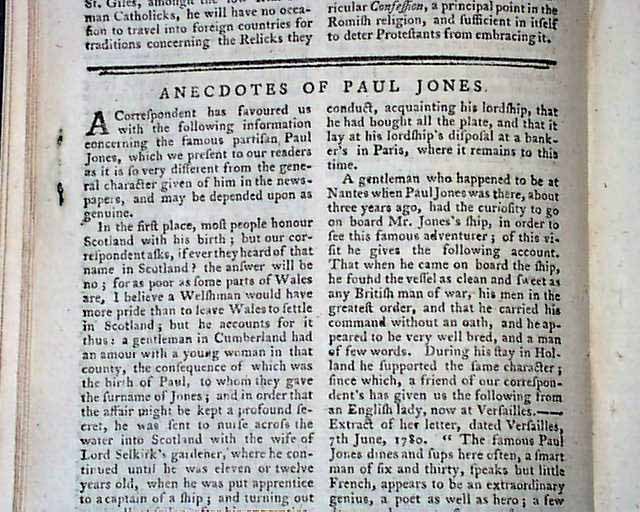 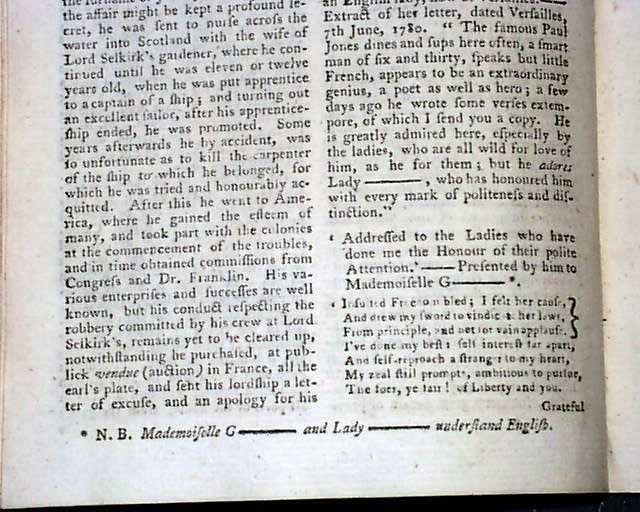 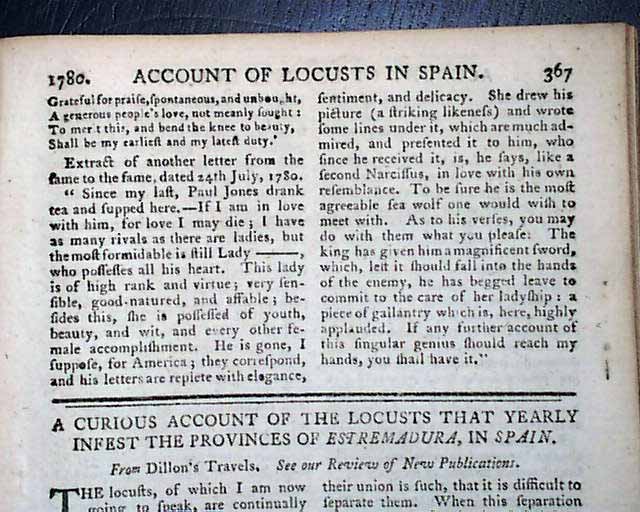 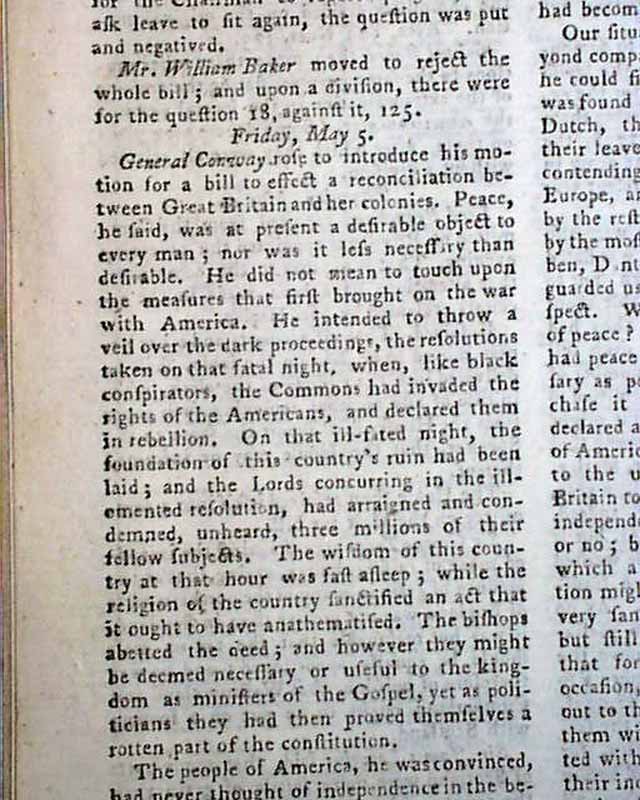 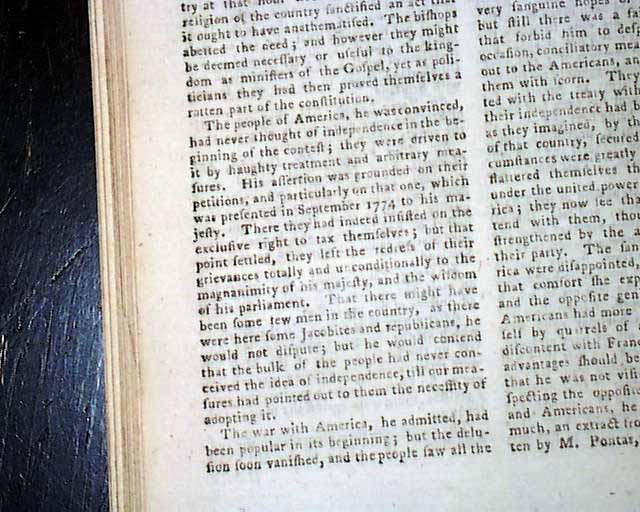 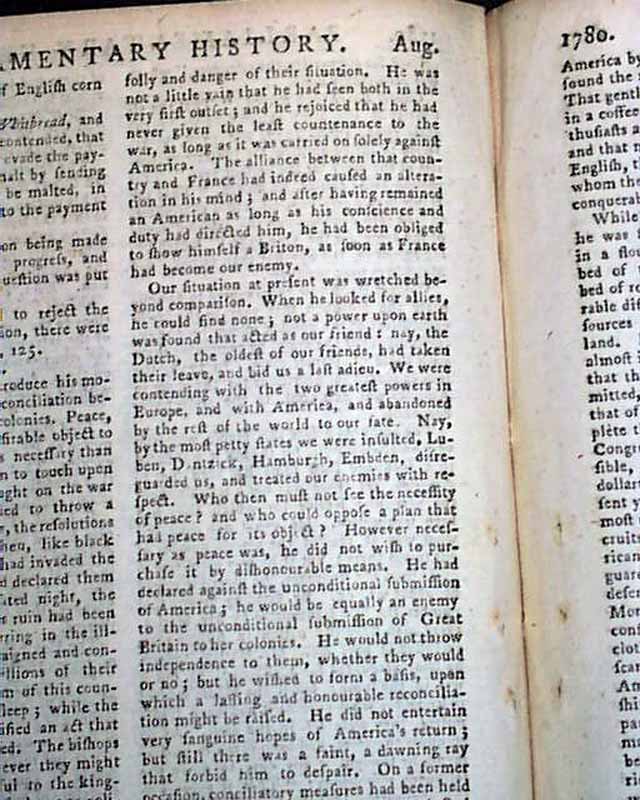 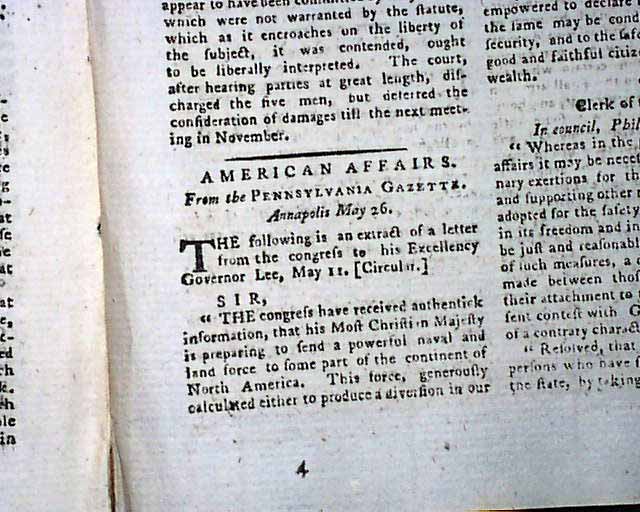 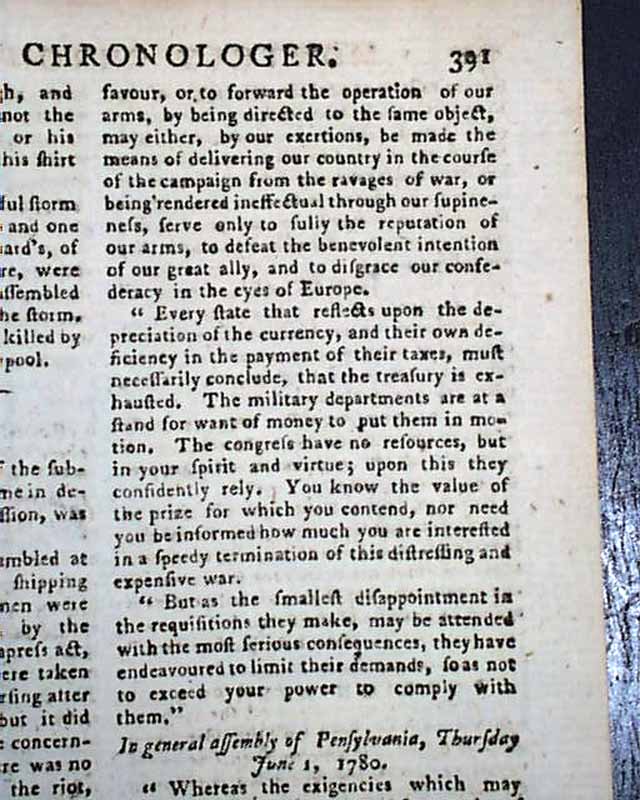 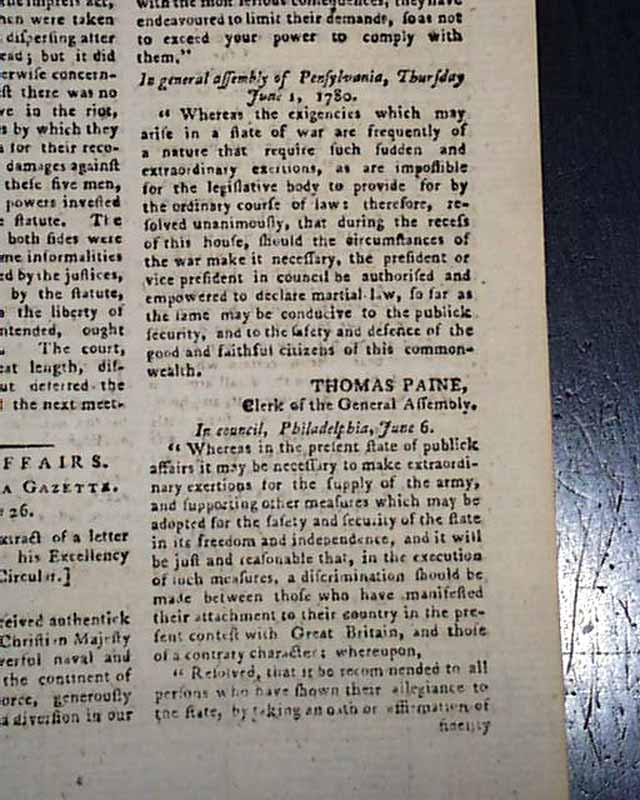 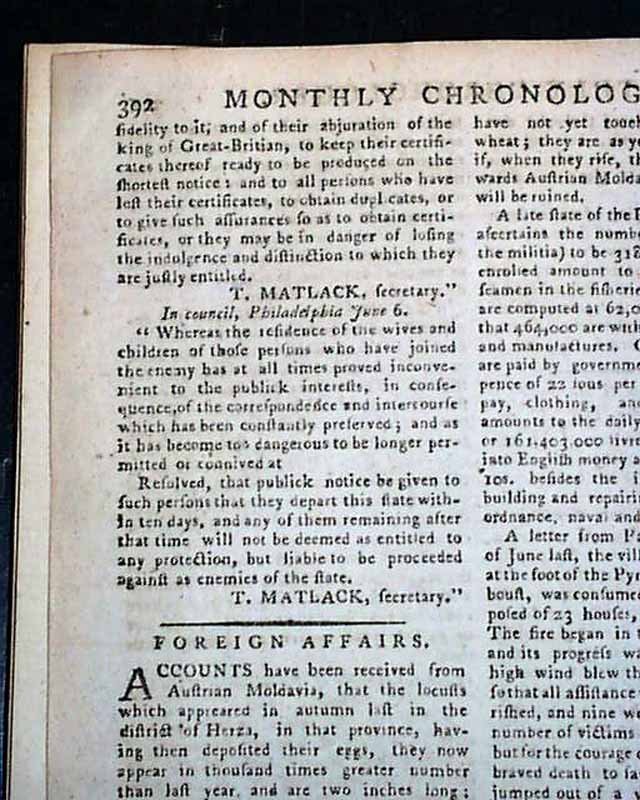 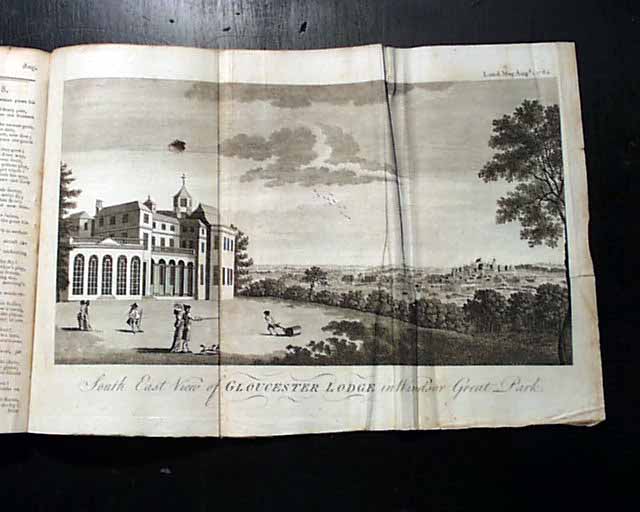 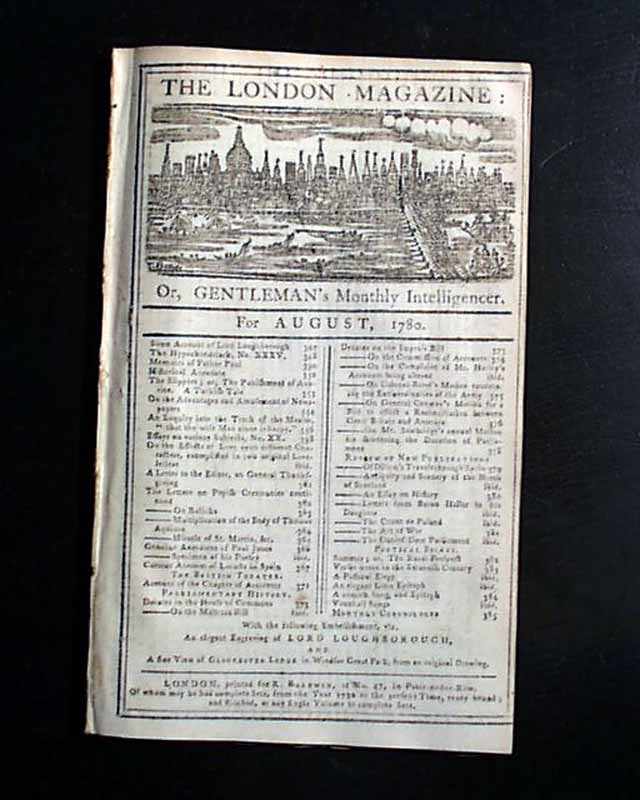