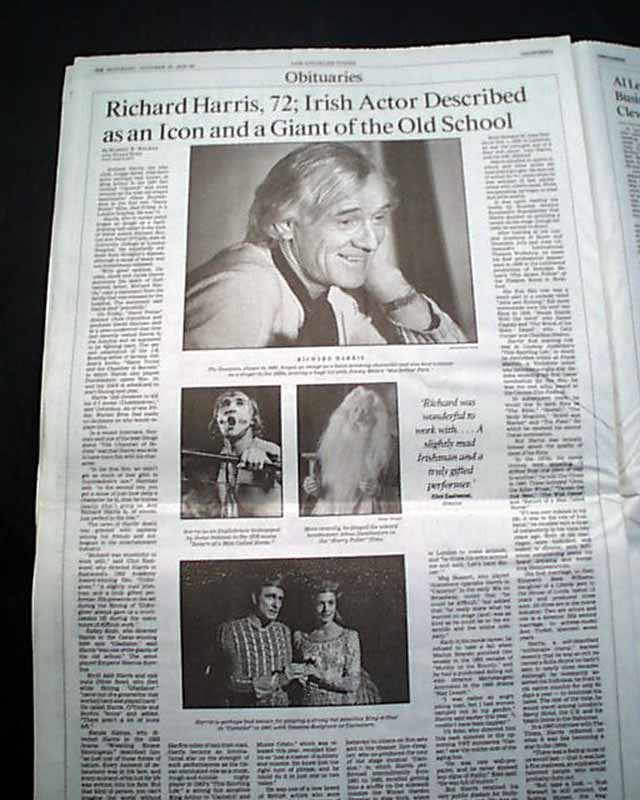 The front page has a small photo with tiny heading: "Richard Harris Dies" Page 18 of section B has a banner headline: "Richard Harris, 72; Irish Actor Described as an and a Giant of the Old School" with 4 related photos.
Great to have this report in a newspaper from the capital of the entertainment industry.
The complete first & B sections with pages 1-28 & B1-B24, nice condition. 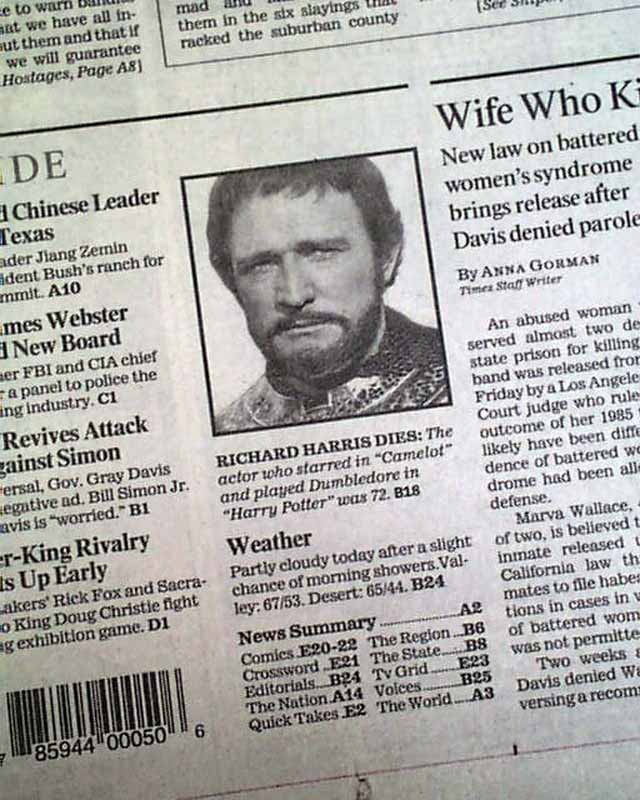 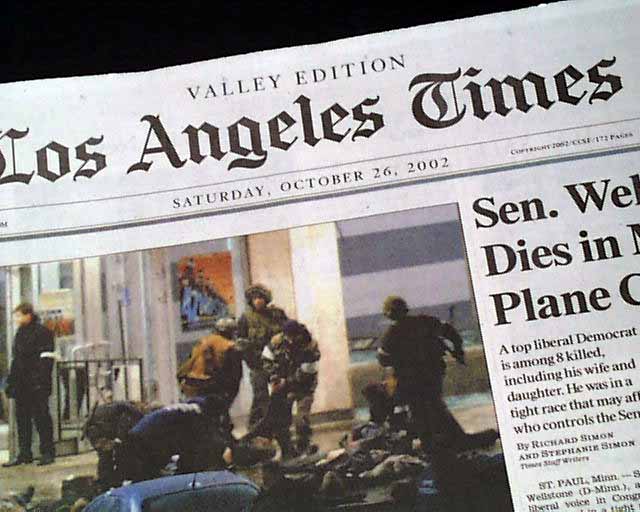 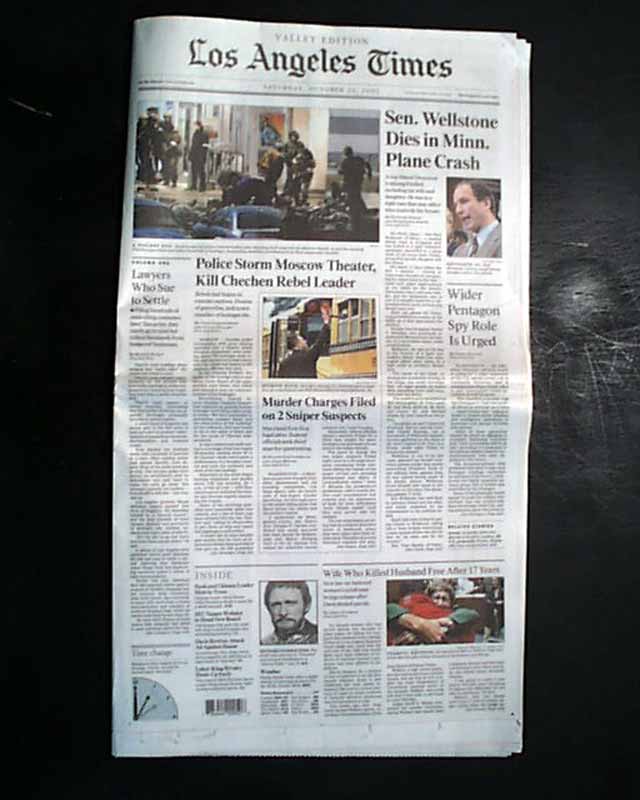 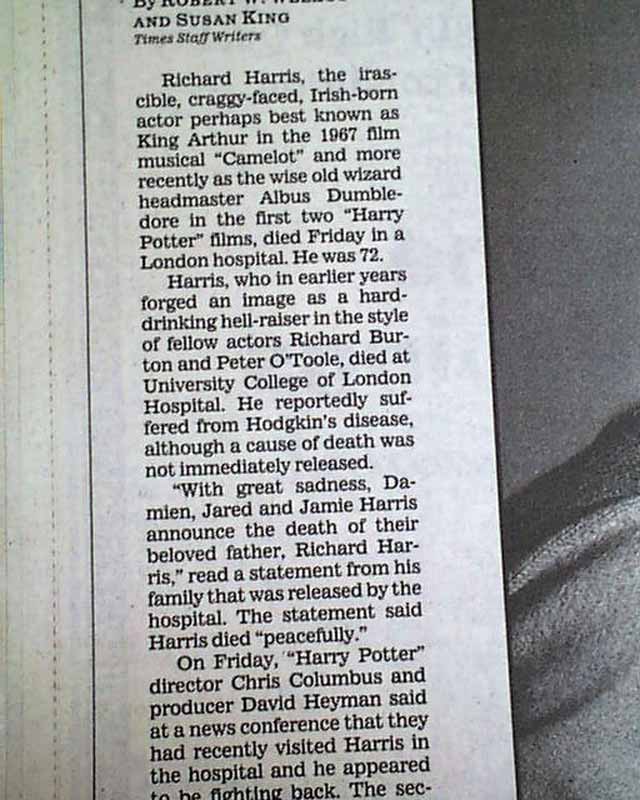 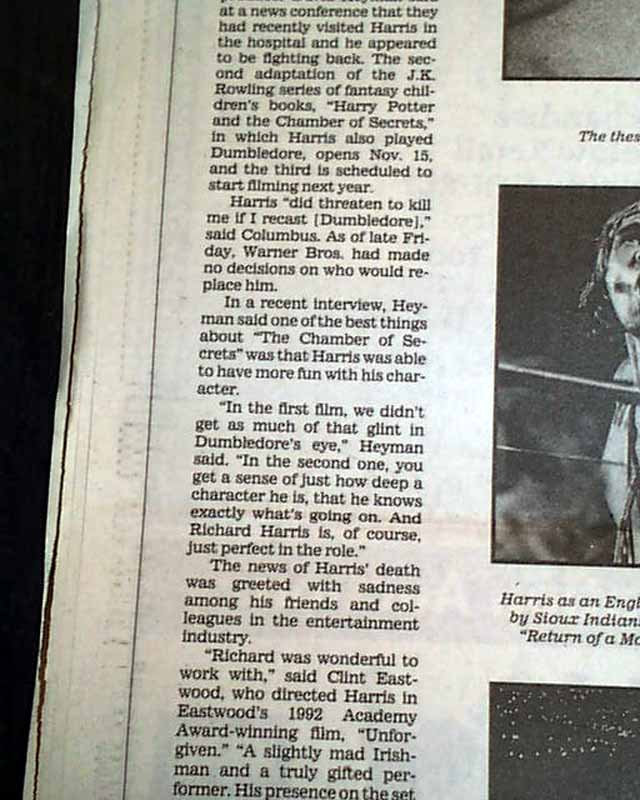