Home > Back to Search Results > A great wealth of Civil War reporting...
Click image to enlarge 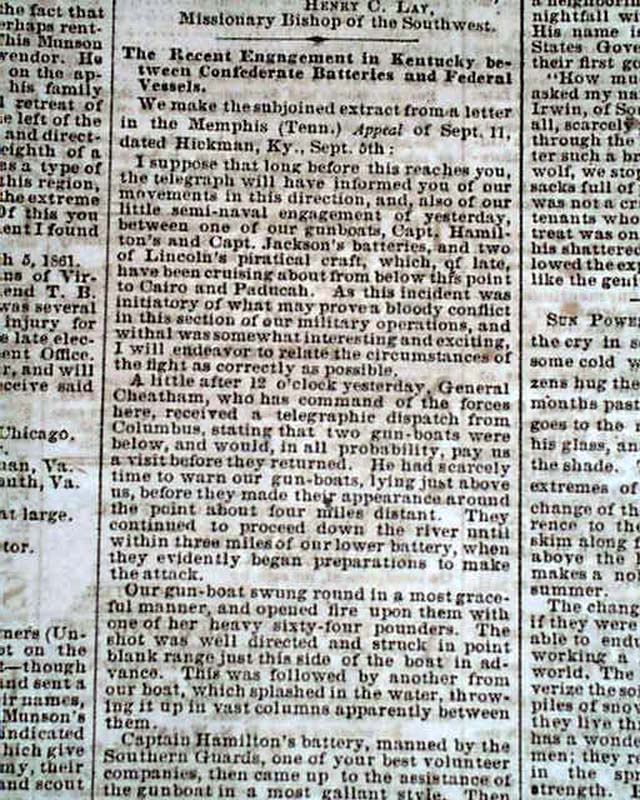 A nice newspaper from the capital of the Confederacy. Among the front page reports are those headed: "From Norfolk--Another Flag of Truce--Affairs in Hampton Roads..." "Retreat of the Fist Georgia Regiment from Carrick's Ford--A Thrilling Narrative" "The Recent Engagement in Kentucky between Confederate Batteries & Federal Vessels" and other items, including a large number of advertisements.
Civil War reporting continues on the inside pages with: "The Necessity of Taking the Aggressive" which is a very nice half column editorial; "Capt. John. H. Guy of the Goochland Artillery" "How Long Shall Unhappy Maryland Await the Hour of Deliverance?" "More Treachery of Lincoln--Manifesto of Gen. S. B. Buckner" "Latest from the Northwest--Reported Achievements by General Lee" "Army of the Potomac--the Fight at Lewinsville--Interesting Description--Yankee Prisoners Taken..." "From Manassas" Southern War News--Gen. Jeff. Thompson has a Brush with the Enemy--A Governor In Trouble--General Lyon Killed by an Arkansas Darkey..." and much more.
Complete in 4 pages with a banner masthead, very nice condition. 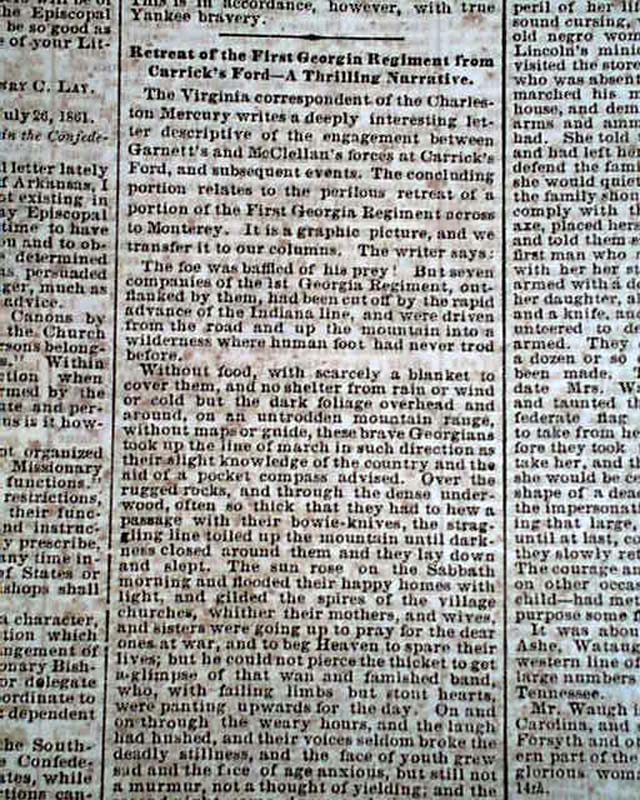 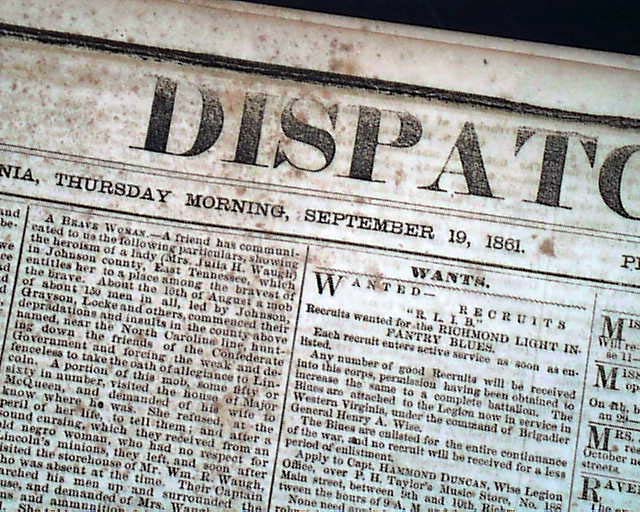 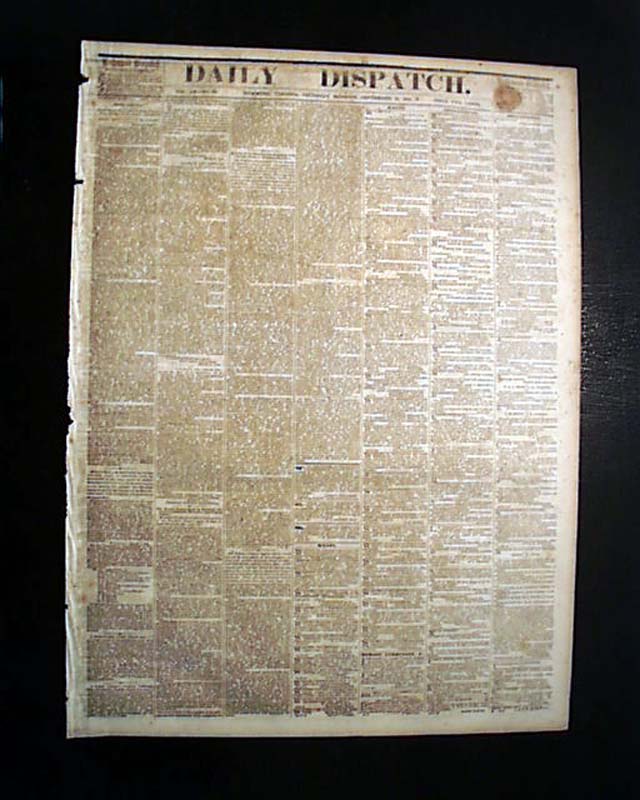 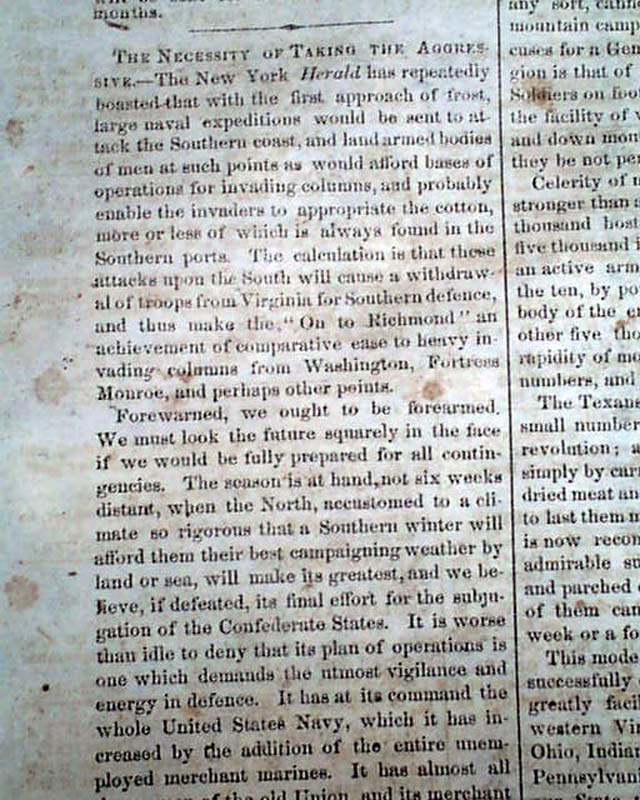 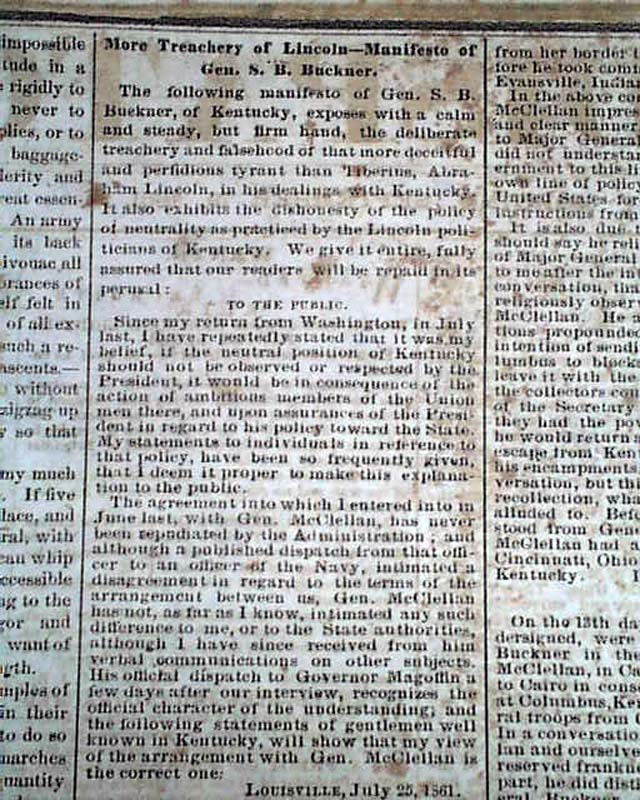 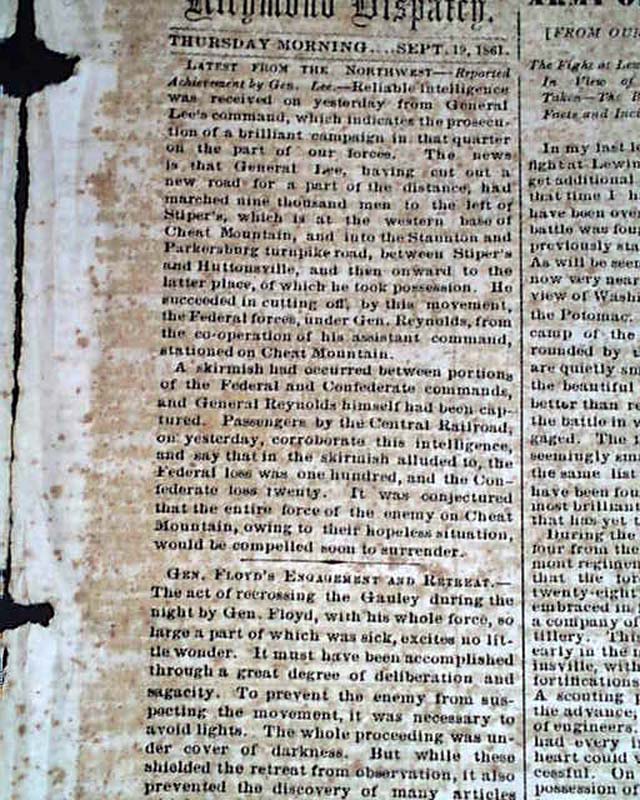 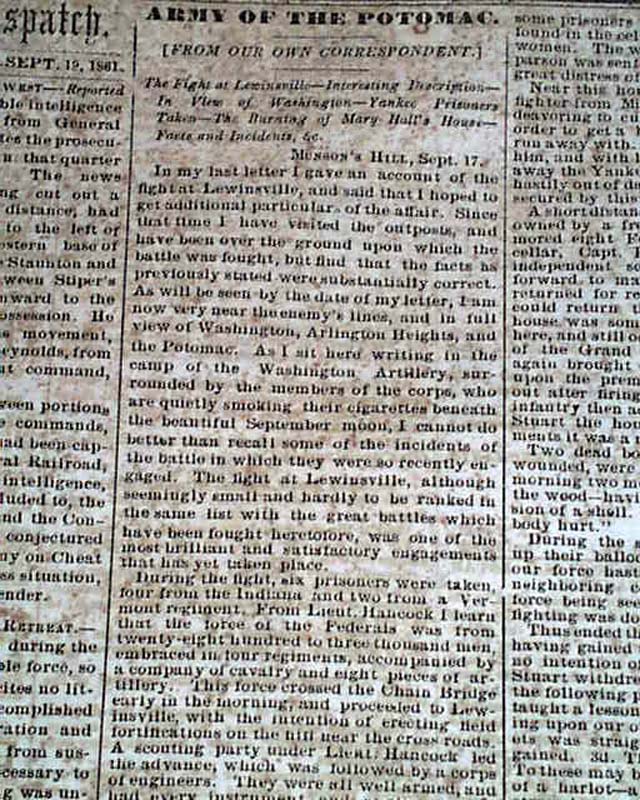 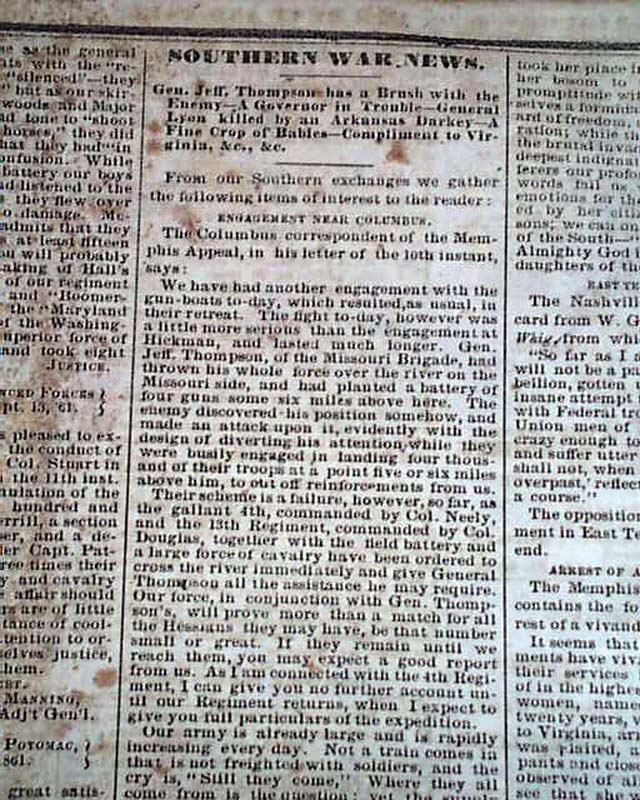