Home > Back to Search Results > Huge list of pensioners, signed in script type by President Washington...
Click image to enlarge 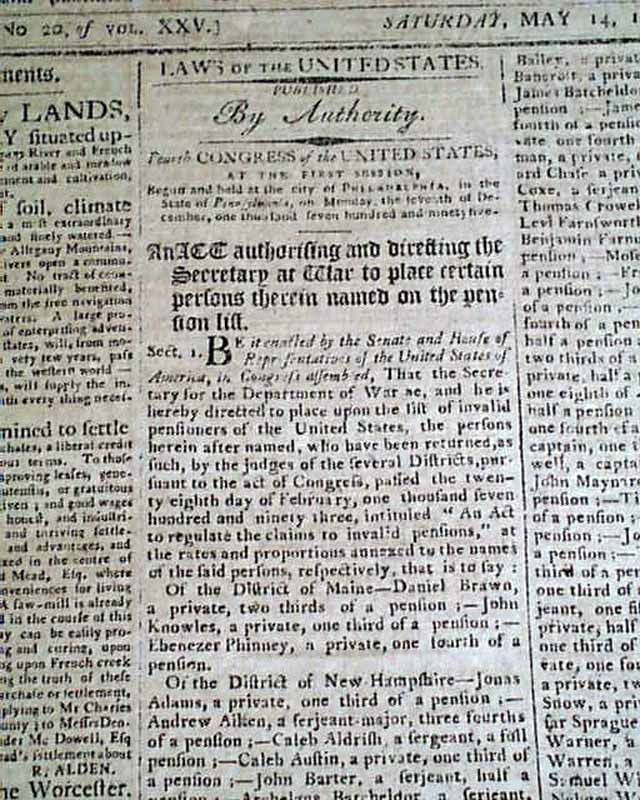 Most of the front page is taken up with an Act of Congress: "An ACT Authorizing & Directing the Secretary at War to Place Certain Persons therein named on the Pension List", with a huge list of names (great for genealogical purposes). It completes at the top of page 2 where it is signed in script type by the President: Go. Washington.
Four pages, very nice condition.