Home > Back to Search Results > Abundance of fish near Newfoundland...
Click image to enlarge 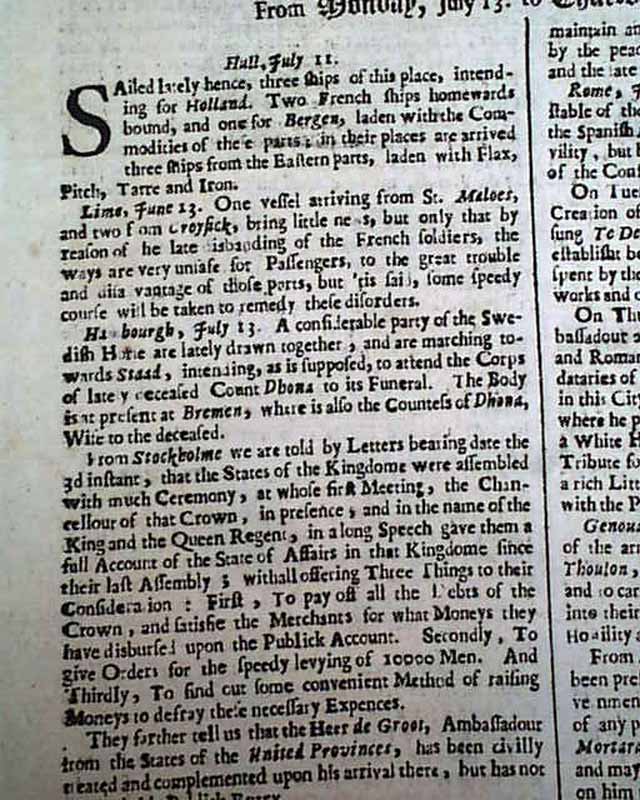 Abundance of fish near Newfoundland...


* Among the earliest of English language newspapers to be had

The reverse has a report from "Waymouth" stating that: "Several vessels arriving here from Nants, inform us of a vessel of Dartmouth putting in there...from Newfoundland, affirming, that the English Fishery in those parts, had met with a more than usual plenty of Fish, and were in probability of making a quick and advantageous voyage."
Complete as a single sheet newspaper, 7 by 11 1/2 inches, good condition, trimmed a bit close along the right margin.