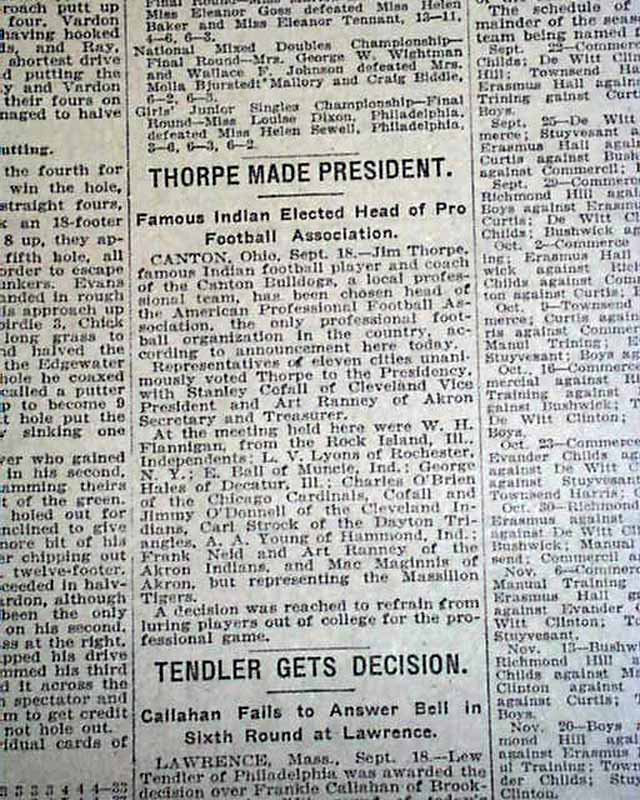 Page 21 contains a very significant--albeit modestly presented--report on the founding of the NFL, headed: "Thorpe Made President" "Famous Indian Athlete Elected Head Of Pro Football Association". The report is datelined "Canton, Ohio, Sept. 18", & begins: "Jim Thorpe, famous Indian football player,  and coach of the Canton Bulldogs, a local professional team, has been chosen head of the American Professional Football Association, the only professional football organization in the country.....". The report concludes with an interesting line: "A decision was reached to refrain from luring players out of college for the professional game."
Obviously a humble beginning for a league that has become a major business, and a sport with a tremendous audience.
The book "Kane's Famous First Facts" notes that the first: "Football association (professional) was the American Professional Football Association, formed in Canton, Ohio, on September 17, 1920, by eleven clubs representing the following cities...".
The complete issue in nine sections & over 100 pages, being the Sunday edition. Disbound and in very nice, clean condition. 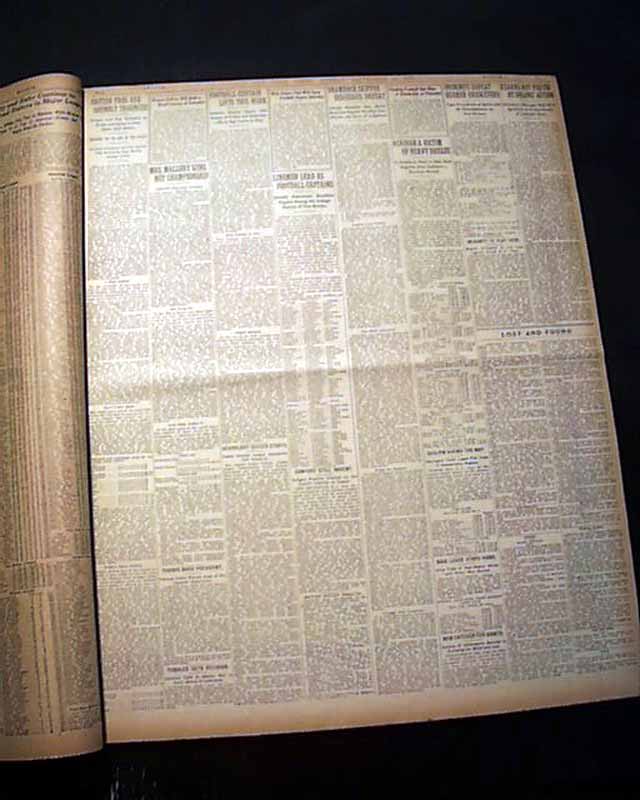 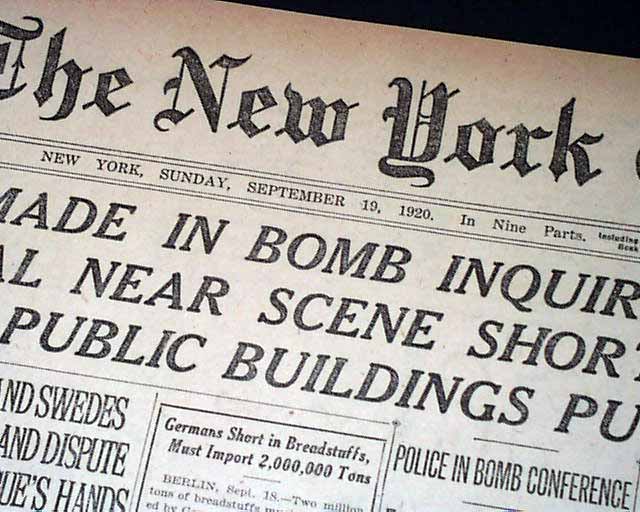 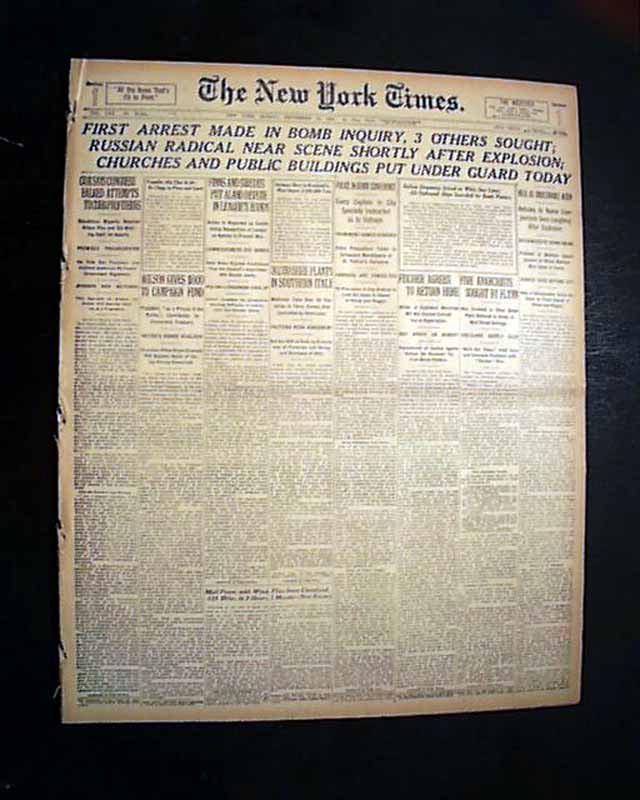