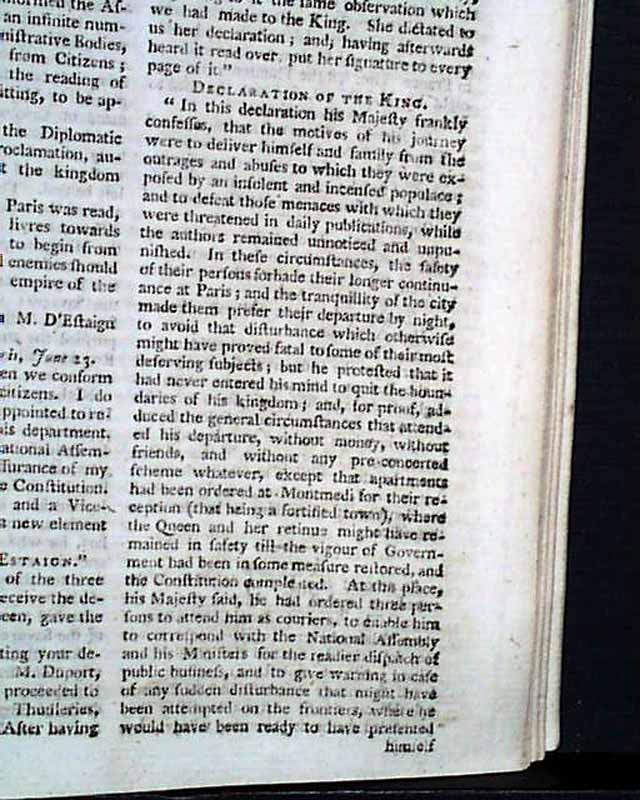 
THE GENTLEMAN'S MAGAZINE, England, July, 1791  Under "Proceedings of the National Assembly in France" is the "Declaration of the King" which notes: "...I am desirous of complying with the wishes of the National Assembly & I shall never decline publishing the motives of my conduct. The motives for my journey were the outrages & the threats offered to my family & to myself..." with more, signed by him in type: Louis. This is followed by the: "Declaration of the Queen" which begins: "I declare that the King being desirous of quitting Paris with his children nothing in nature could have dissuaded me from following him..." which is signed by her in type: Marie Antoinette.
Following this are various reports headed: "America" much of it relating to Indian troubles (see).
Three plates are present.
Complete in 96 pages, full title/contents page with an engraving of St. John's Gate, 5 by 8 1/4 inches, front cover is close-trimmed, otherwise in nice condition.