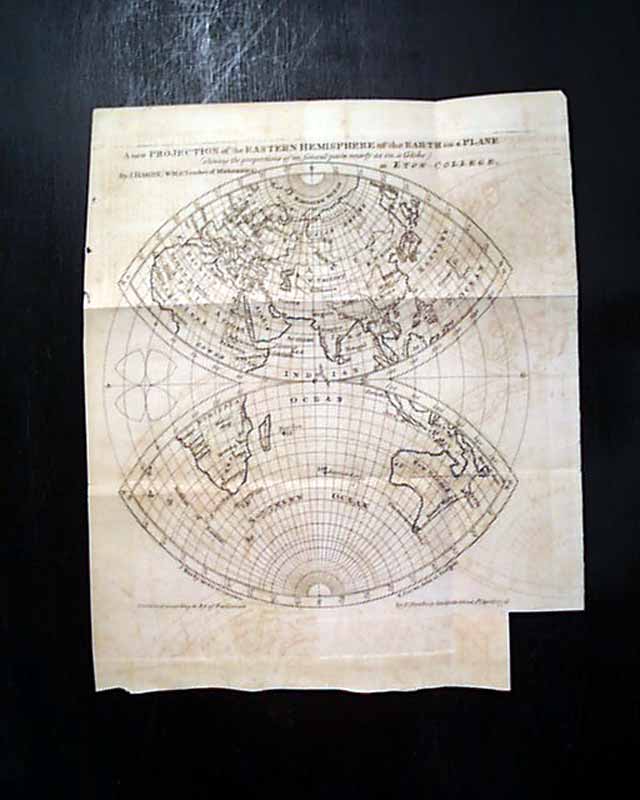 Item # 642110 GENTLEMAN'S MAGAZINE, London, March, 1776  The first article has five pages on: "Debates in the Present Parliament" which includes much on the situation in America (see for the beginning).
This issue includes a lengthy article (3+ pages) on Captain Cook and the: "Resolution's Voyage on Discovery to the Southern Hemisphere". Accompanying this article is a rare full page map titled: "Part of the Tropical Discoveries of the Resolution Sloop, Captain Cook in 1774, Referred to in p. 119" and page 119 is the mentioned article. The map measures 4 7/8 by 8 1/8 inches, is a bit irregular at the left margin with small piece from the upper right corner affecting a bit of the border but not the map.
The other nice graphic feature is the foldout map measuring 9 1/2 by 11 inches and titled: "A New Projection of the Eastern Hemisphere of the Earth on a Place Shewing the Proportions of its Several Parts nearly as on a Globe", and dated "1st April, 1776". This map is in uncommonly nice, very clean condition & is typically missing so it is rare when still present. The map has very light toning, some minor ink offsetting from having been folded into itself, archival mends to the creases of the blank reverse.
Lengthy text on: "Account of the Proceedings of the American Colonists since Passing the Boston Port Bill" includes talk on the taking of Quebec. Nice "resolve" from Congress regarding those who might "...obstruct & defeat the efforts of the United Colonies in the defence of their just rights..." plus more.
Complete in 48 pages, 5 by 8 inches, full title/contents page featuring an engraving of St. John's Gate, very nice condition. 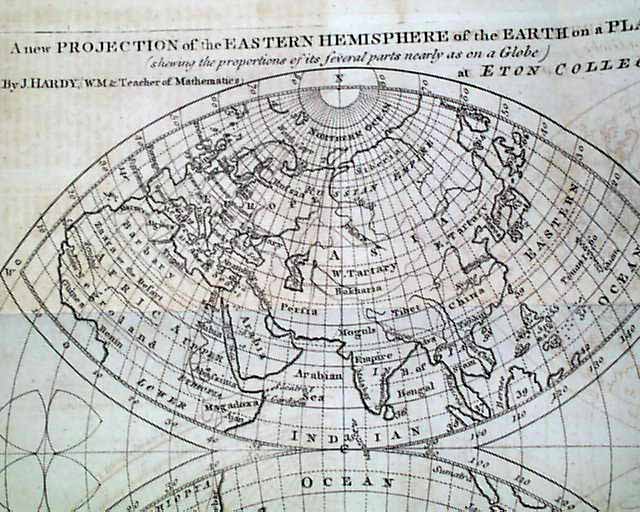 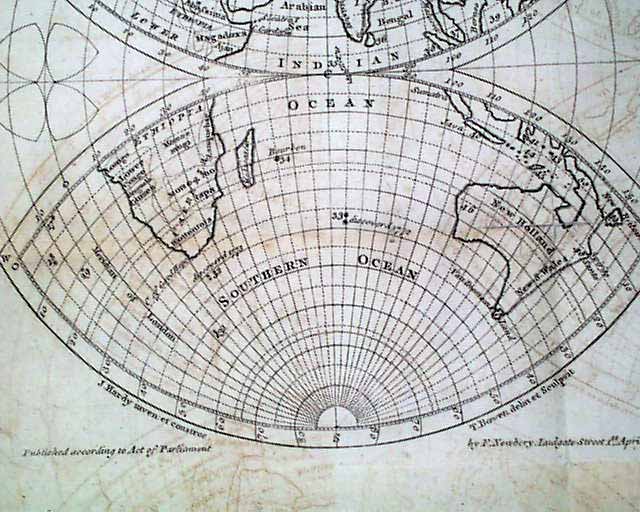 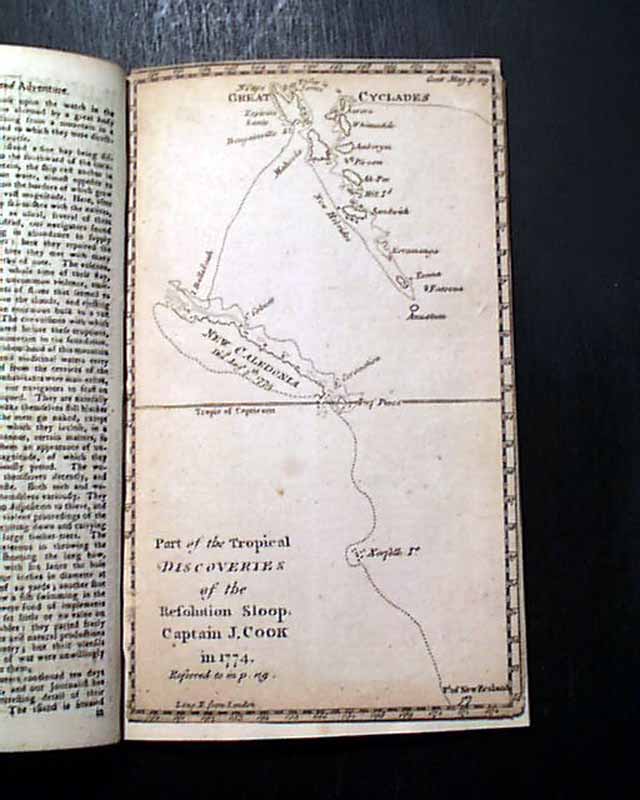 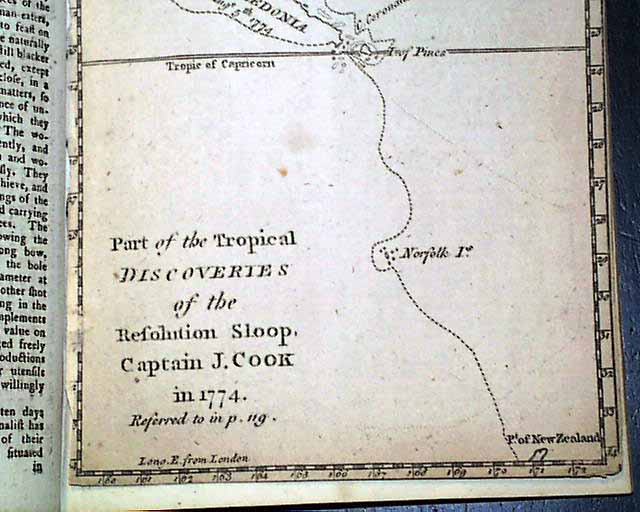 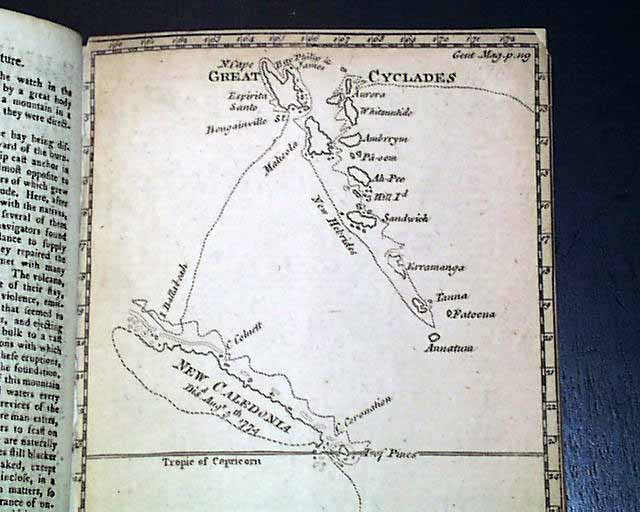 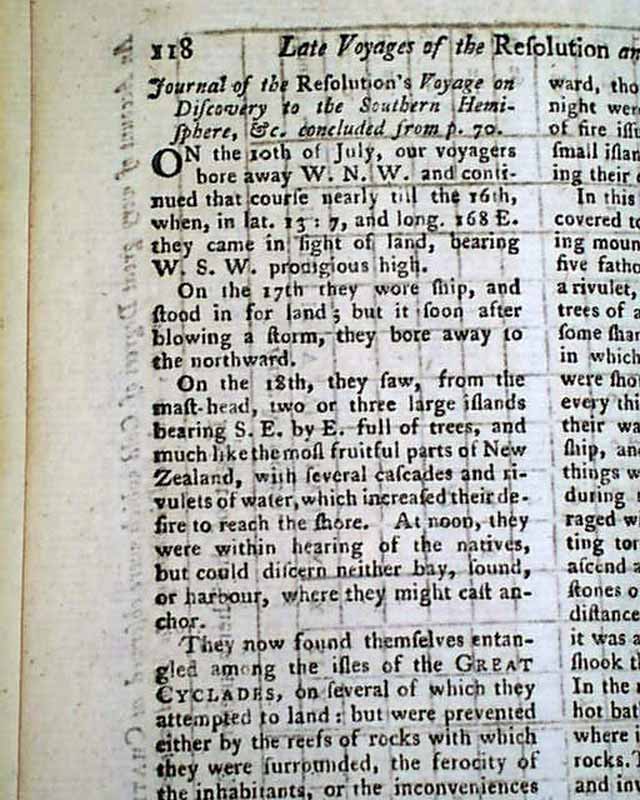 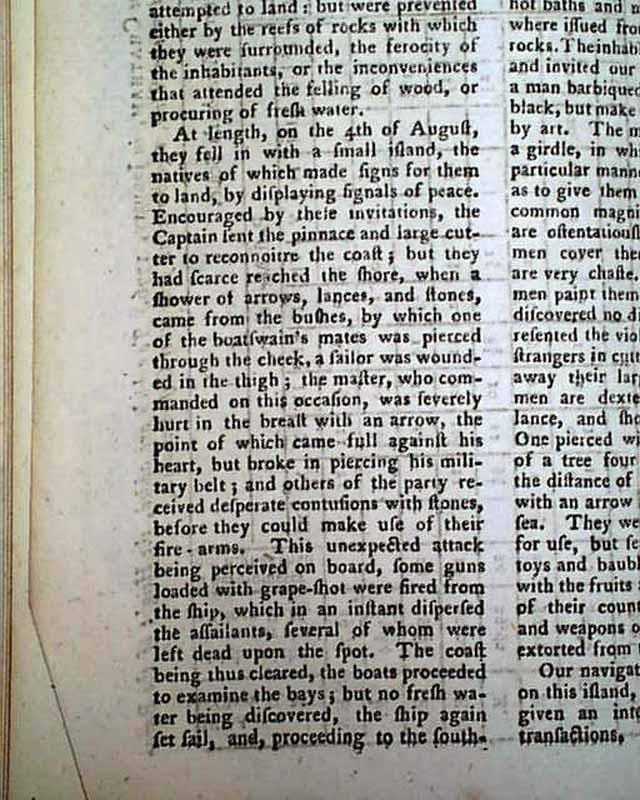 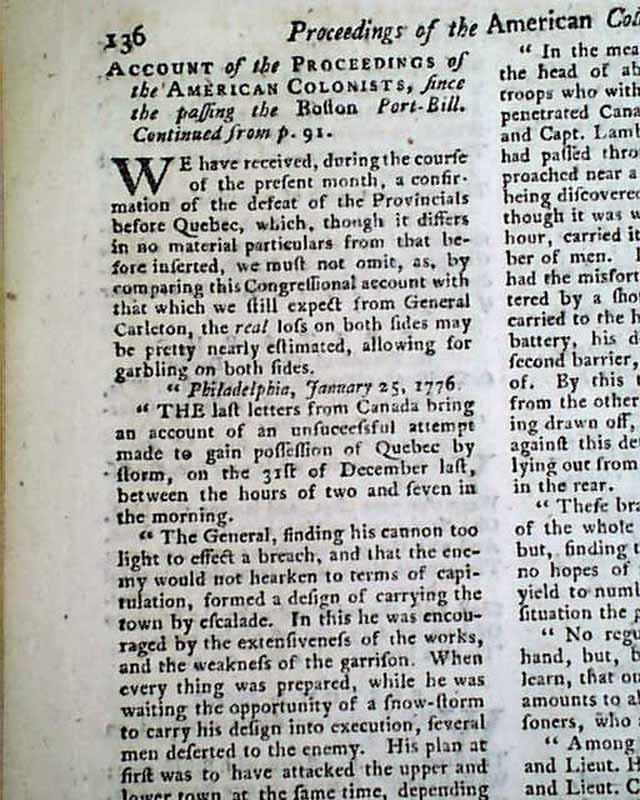 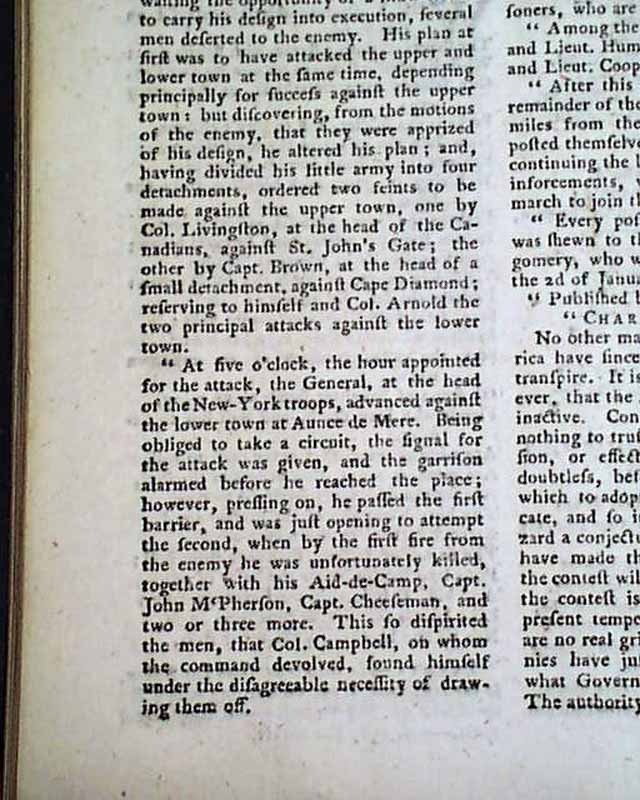 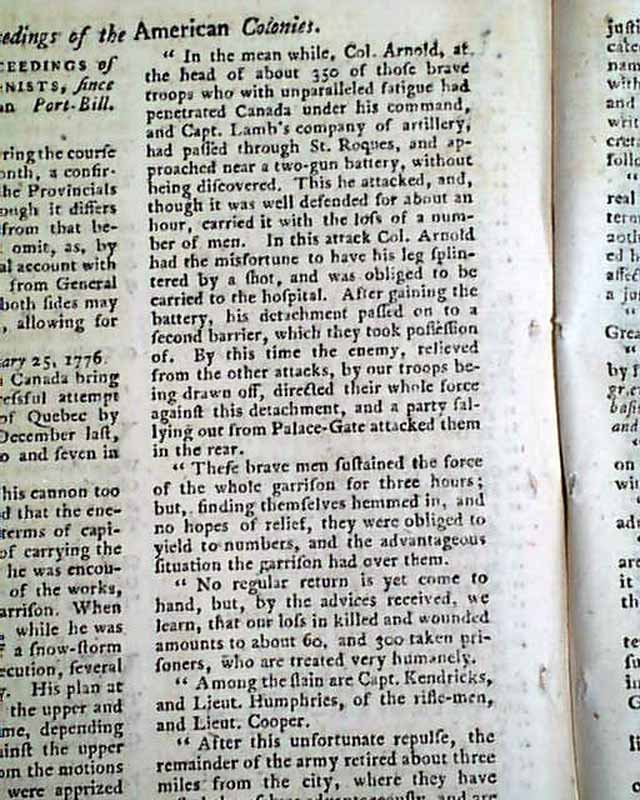 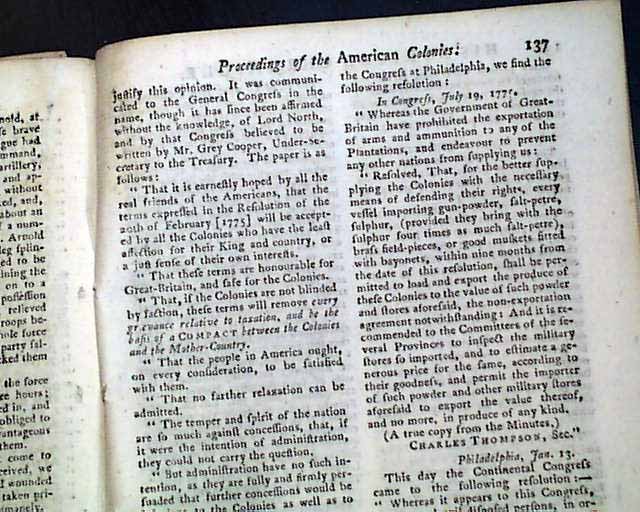 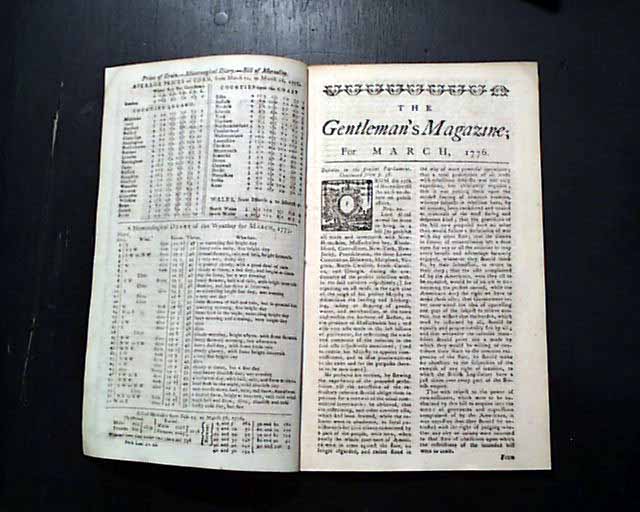 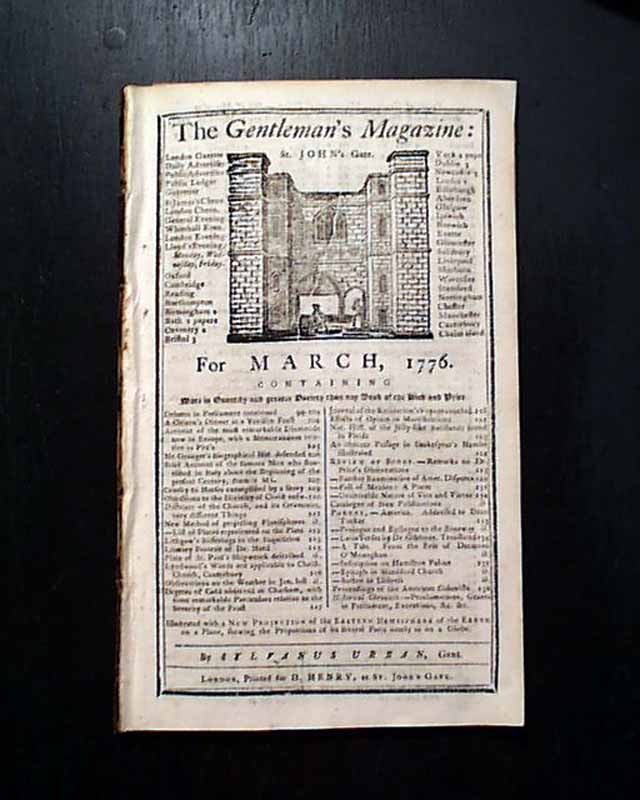