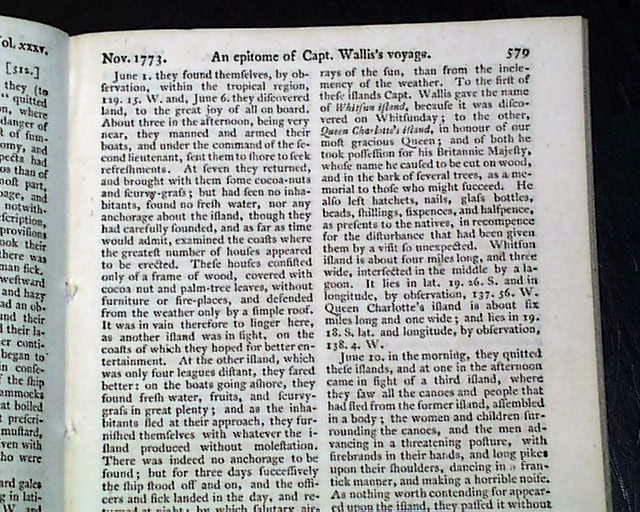 
THE SCOTS MAGAZINE, Edinburgh, Scotland, November, 1773  Although formatted much like the more common "Gentleman's Magazine" this is a much more scarce title.
Inside has over 5 pages on the continued reporting of: "An Epitome of Capt. Wallis's Voyage" around the world. Also reports headed: "British North America" which includes news from the South Carolina Assembly, as well as an item from New York prefaced: "The following is picturesque of the savage manners of the American Indians..." (see)
Complete in 56 pages, disbound, title page has the "Contents" as well, 5 by 8 inches, great condition.