Home > Back to Search Results > Reporting the Jacobite Rebellion...
Click image to enlarge 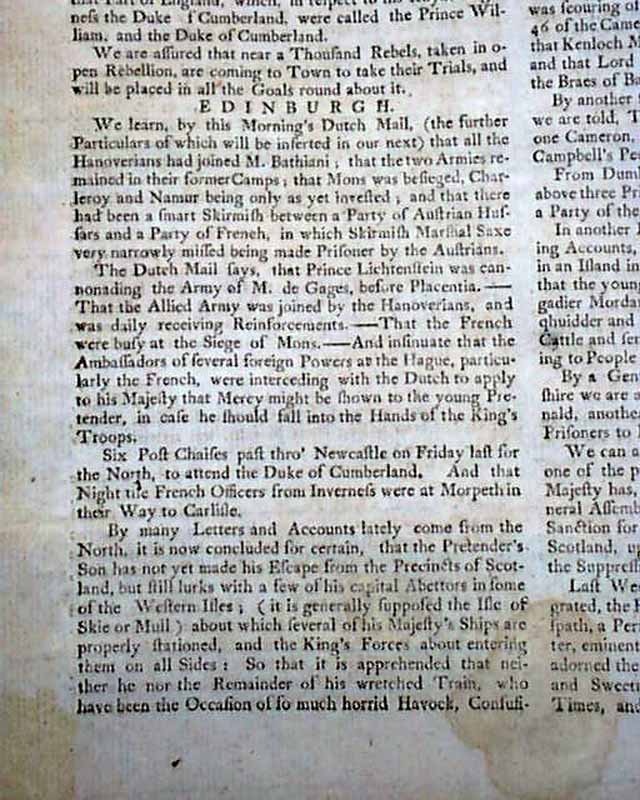 
EDINBURGH EVENING COURANT, Scotland, June 17, 1746  Inside has content concerning the Jacobite Rebellion including  bits: "...it is now concluded for certain that the Pretender's Son has not yet made his escape from the precincts of Scotland, but still lurks with a few of his capital abettors in some of the Western Isles...that neither he nor the remainder of his wretched train, who have been the occasion of so much horrid havock, confusion and blood in Britain can hardly elude the arm of Justice...Letters are full of accounts of Rebels laying down their arms..." with more.
Four pages, 8 by 10 inches, red tax stamp on the ftpg., very nice condition.