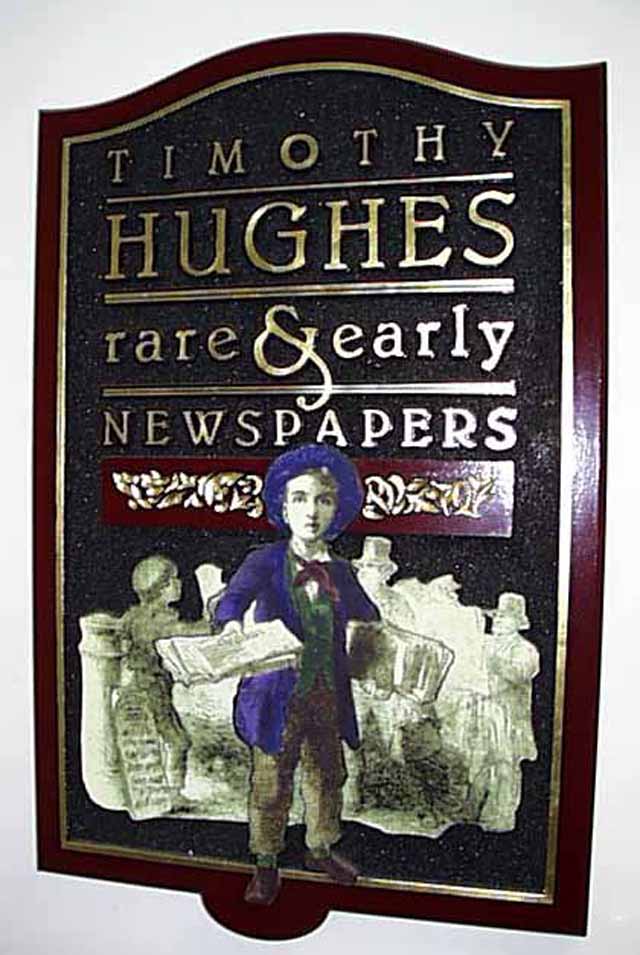 A set of four 19th and 20th century newspapers, two each from the 1800's and 1900's - sent each quarter (4 times per year) for as long as you would like. The issues are guaranteed to be worth $100 or more, but could be valued at as much as $150/set. All issues will be American. No two sets will be alike. As an added bonus, every now and then we'll include something extra.

If purchased, the first set will be sent upon receipt of the order. The following sets will be sent each quarter thereafter, in January, April, July, and October. Your card will not be charged the listed amount (plus S&H) until the monthly order is ready to ship. You may cancel at any time provided the next order has not already shipped.