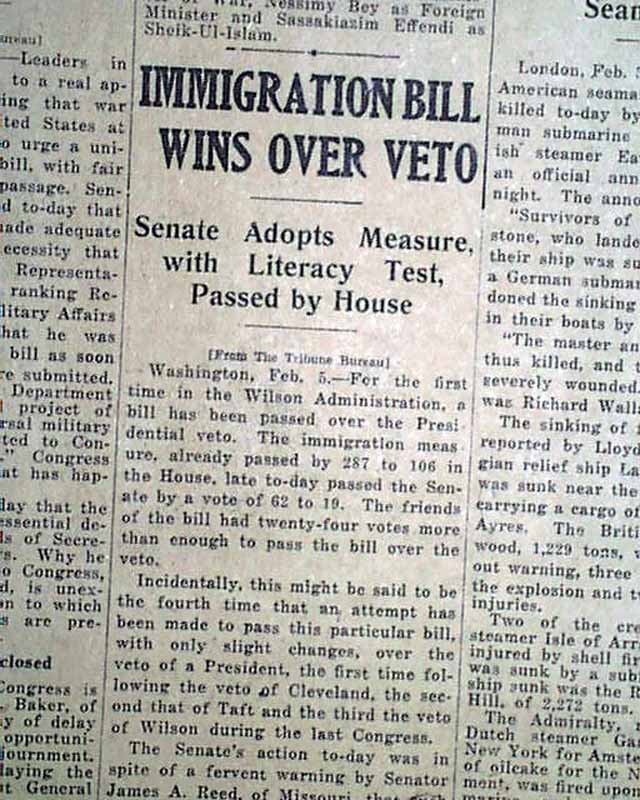 
NEW YORK TRIBUNE, February 6, 1917  The front page has a column-wide, two-line headline "Immigration Bill Wins Over Veto" with subhead "Senate Adopts Measure, with Literacy Test, Passed by House".  "For the first time in the Wilson Administration, a bill has been passed over the Presidential veto... the bill had twenty-four votes more than enough to pass the bill over the veto... The Senate's action to-day was in spite of a fervent warning by Senator James A. Reed, of Missouri, that such action might lead to hostilities with Japan..." One of the requirements in the literacy test was that they had to be able to read English to enter our country but there was a fear of curtailing Asians, especially upsetting Japan.
Other news pertaining to the war in Europe and our need to prepare for our involvement is on the front page.
Other news and advertisements of the day are within.
Complete in sixteen pages with a slight irregular left spine, some chipping at the bottom margin, otherwise in good condition. Should be handled with care.