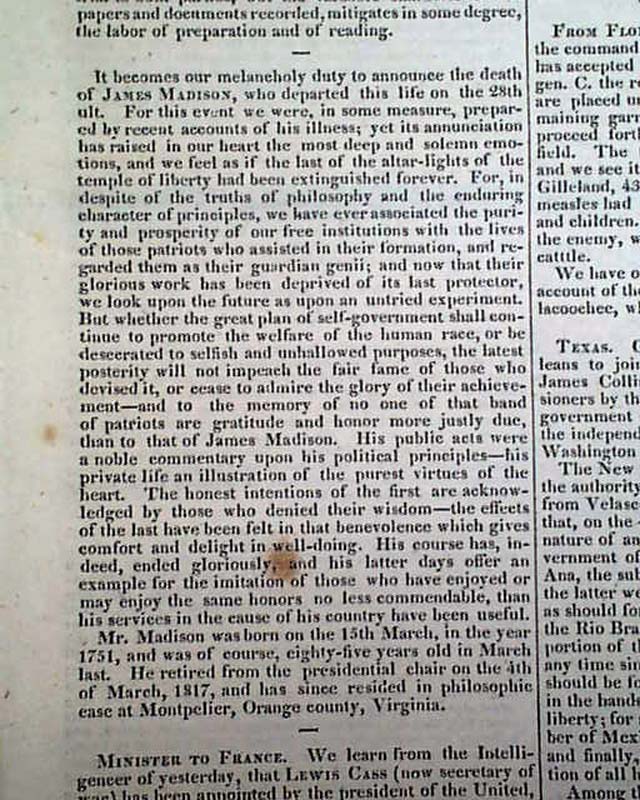 A front page report begins: "It becomes our melancholy duty to announce the death of James Madison, who departed this life on the 28th ult..." More, plus a reference to the "great plan of government" and an acknowledgment of Madison's contribution to the plan: "...and to the memory of no one of that band of patriots are gratitude and honor more justly due, than that of James Madison..." The report concludes: "...He retired from the presidential chair on the 4th of March, 1817, and has since resided in philosophic ease at Montpelier, Orange county, Virginia." (see).
Other news of the day includes: "The Creek War" "Florida War--Battle of Micanopy--Official" "Santa Anna's Vindication" and more.
Sixteen pages, 6 1/4 by 9 1/2 inches, very nice condition.